Vestiges of racism and cultural colonialism condemned in Cuba 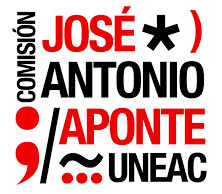 Vestiges of racism and cultural colonialism condemned in Cuba

Havana, Oct 31 (Prensa Latina) The Aponte Commission, attached to the Union of Writers and Artists of Cuba (UNEAC), on Monday condemned recent expressions of cultural colonialism and racism in the country.

Racism, although historically present in the four colonial centuries and the 60 years of neocolony, is not compatible with the nation’s project that we began in 1868 or with our mestizo essence, the Commission, a champion of the fight against that scourge in Cuba, reaffirmed in its official statement.

The group, made up of experts and intellectuals from all over the country, rejected the ethically detestable events that occurred as part of Halloween festivities in the eastern city of Holguin and demanded that criminal responsibilities be met in this act that violated the right to equality.

Likewise, it noted that “we do not copy by force, a festivity that is not part of our idiosyncrasy. From the Anglo-Saxon north, we received many cultural contributions that we assimilated and were part of transculturation in our own way.”

A holiday, whatever its origin, should not be mixed with racial hatred. Halloween, although not ours, is not a racist tradition and it is an act against culture to tarnish it with a felony like the one that occurred, the Commission stressed in the declaration.

Over the last 63 years of our historic evolution we have built a new society, which seeks a new man and a new woman and socialism is inconsistent with racism and any forms of discrimination, it added.

The group recognized the high-value musical expressions that identify us as a nation such as Latin jazz and its Cuban version, “which did not emerge in New Orleans but in our halls. We cultivate the filin (a musical genre) that is not exactly the feeling. We have Cuban Rap and Hip Hop culture not copied from New York, but born from the feeling of our neighborhoods.”

In 2019, the Cuban Government approved the National Program against Racism and Racial Discrimination, which reflects its political will and commitment to building an increasingly just and inclusive society.

This plan is executed by a Government Commission headed by Cuban President Miguel Diaz-Canel, and involves 18 agencies from the central administration of the State, and a similar number of civil society organizations.

One of its main objectives is the assessment of the historic, economic, aesthetic, political, social, psychological and cultural factors that favor the presence of racial discrimination practices in Cuban society, as well as the strengths and opportunities for their confrontation and permanent elimination.