Postal workers start another day of strike in the UK 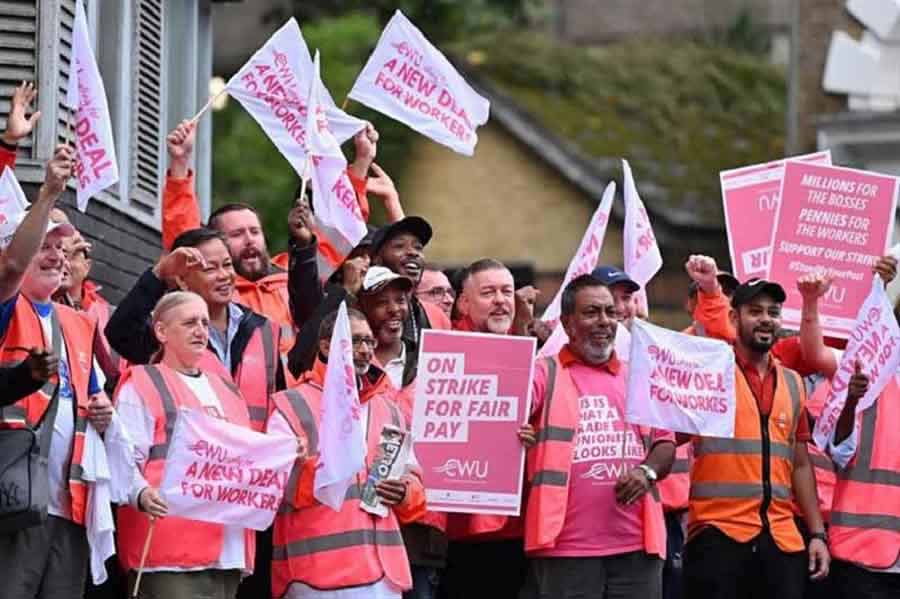 Postal workers start another day of strike in the UK

London, Nov 30 (Prensa Latina) Postal workers in the United Kingdom began another 48-hour strike, as part of a dispute with the Royal Mail company for salary increase in line with inflation and better working conditions.

The strike, which follows other similar ones carried out in recent weeks by more than 100,000 post workers and office staff, will affect the delivery of letters and parcels throughout the country.

In images released on social networks by the Communications Workers Union (CWU) throughout the United Kingdom, groups of employees are observed demonstrating outside their workplaces, with banners reading: “On strike for a fair payment”, and “On strike to protect our terms and conditions”.

The dispute began in the summer, after the owners of the main British postal company rejected the CWU’s demand for a salary increase that would allow its members to face inflation, that already exceeds 11 percent, and the growing cost of living.

The Management is reportedly only willing to give workers a 9 percent raise for 18 months, but union leader Dave Ward said the offer is a devastating blow to the livelihoods of postmen and office workers.

The CWU warned that if their demands, which include the revocation of an order to work on Sundays, are not met, they will go back on strike on December 9th, 11th, 14th, 15th, 23rd and 24th.

The strike of postal workers overlaps with other similar ones carried out on Wednesday by university professors and upper secondary level, while railway workers, nurses, ambulance drivers and paramedics threaten to imitate them in the coming weeks, with the same demands.

London’s meddling in affairs of other State (+Photos)

London’s meddling in affairs of other State (+Photos)