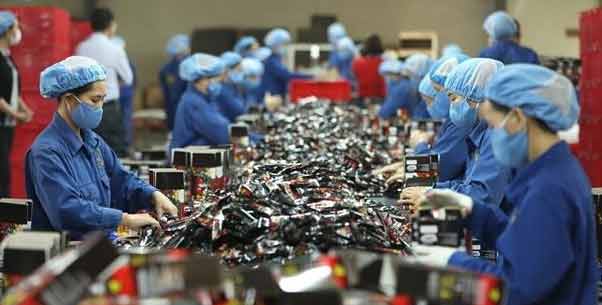 Hanoi, Nov 30 (Prensa Latina) The growth rate of labor productivity in Vietnam reached six percent in the 2011-2020 period, even though it still lags behind, compared to other nations in the region.

Despite the issue of a regulatory framework that is essential for the improvement of this indicator in the 2011-2021 period, the policies and institutions in the field still need to be completed and synchronized, said the deputy director of the Central Institute of Economic Management, Dang Duc Anh.

Speaking at a conference on the subject, Duc Anh warned that the gap (in the countryside) is widening and the increase in labor productivity does not behave in the same way between industries and regions.

He also specified that labor productivity in the country grew 2.5 times in the last 10 years, going from about three thousand dollars per worker in 2011 to 7,469 in 2021.

On his part, Deputy Minister of Planning and Investment Tran Quoc Phuong insisted that this is an important element in achieving long-term economic growth and a requirement to reduce the gap with other nations in the region in order to become a developed country with high income by 2045.

He stated that, after 30 years of renewal, Vietnam exhibits important achievements in socioeconomic development as: less dependence on natural resources, the export of crude oil and low-cost labor and also intensifying application of scientific advances in technology and innovation.

Another of the participants in the conference was the director of the Institute of Branding and Competition Strategy, Vo Tri Thanh, who, according to the VNA news agency, mentioned what he considers to be key barriers for national companies to increase productivity.

He cited, among these obstacles, the uncertainty in investment on technology, low innovation capacity reflected in the poor quality of management, the lack of necessary skills in labor forces and the scarcity of capital.

Majority of Egyptians worried about overpopulation

Majority of Egyptians worried about overpopulation