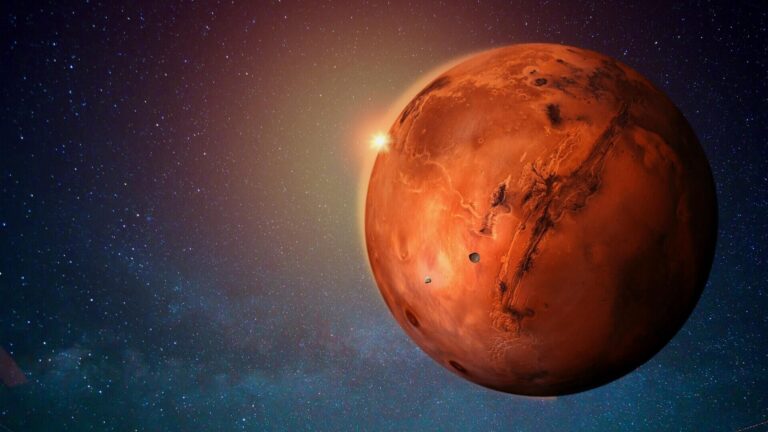 Washington, Dec 1 (Prensa Latina) A Martian megatsunami may have been caused by an asteroid collision similar to the Chicxulub impact—which contributed to the mass extinction of all non-avian dinosaurs on Earth 66 million years ago—in a shallow ocean region, according to a study published in Scientific Reports.

Previous research has proposed that an asteroid or comet impact within an ocean in the Martian northern lowlands may have caused a megatsunami approximately 3.4 billion years ago. However, prior to this study the location of the resulting impact crater was unclear.

Specialists at the Tucson Planet Sciences Institute analyzed maps of Mars’ surface, created by combining images from previous missions to the planet, and identified an impact crater that could have caused the megatsunami. The crater—which they have named Pohl—has a diameter of 110 km and is located within an area of the northern lowlands that previous studies have suggested may have been covered by an ocean, in a region around 120 m below its proposed sea level.

The authors simulated asteroid and comet collisions with this region to test what type of impact that could have created Pohl and whether this could have led to a megatsunami.

Both simulated impacts formed craters measuring 110 kilometers in diameter and generated megatsunamis that reached as far as 1,500 kilometers from the center of the impact site.

Analysis of the megatsunami caused by the 3 km asteroid impact indicated that this tsunami may have measured up to approximately 250 meters tall on land.