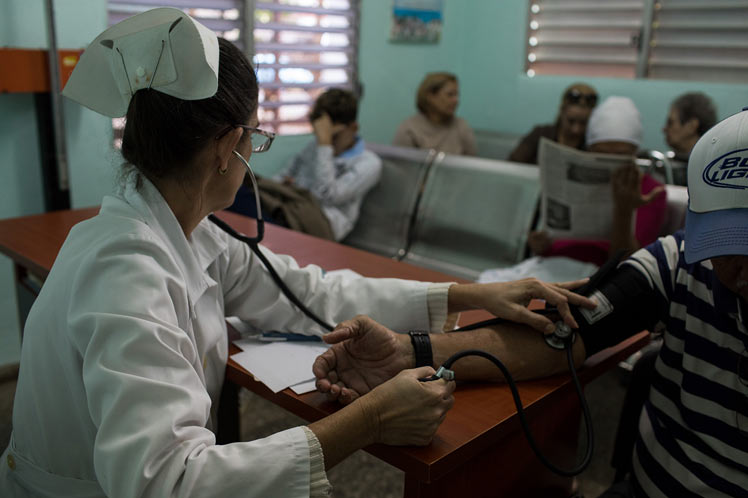 Havana, Dec 3 (Prensa Latina) Cuba is moving forward amid the complex economic and material limitations and destabilizing attempts without stopping its national health system, with priority on prevention, medical care, and rehabilitation, authorities of the sector stated on Saturday.

On Latin American Medicine Day to honor the birthday of eminent scientist Carlos J. Finlay and the 40th anniversary of the Hermanos Ameijeiras Clinical-Surgical Hospital, Dr. Santiago Badía, union leader of that institution, highlighted the intense battles to fight Covid-19, dengue and other diseases last year.

Badía highlighted the special priority given to the mother-child program and the quality of services provided in each hospital center, which would not be possible without the participation, dedication, and innovation of all health professionals, technicians, and workers.

Despite adversities, the Cuban health sector has not renounced three main goals: to raise care indicators for the population, to increase the quality and satisfaction of services provided, and to make the whole system efficient and sustainable to guarantee its development.

The founders of the Ameijeiras Hospital, outstanding workers, and prominent figures who contributed that this health institution is celebrating its 40th anniversary were recognized in the activity. Cuban Prime Minister Manuel Marrero, along with other leaders of the Government, the Communist Party, and the Cuban Workers Federation (CTC), attended the event.

Cuba’s top leaders described as special the work doctors, nurses, laboratorians, and technicians did in the nation’s healthcare centers during the complex scenario of the pandemic and other incidents this year such as the explosion at Saratoga Hotel in Havana and the fire at the Supertanker Base in the western city of Matanzas.