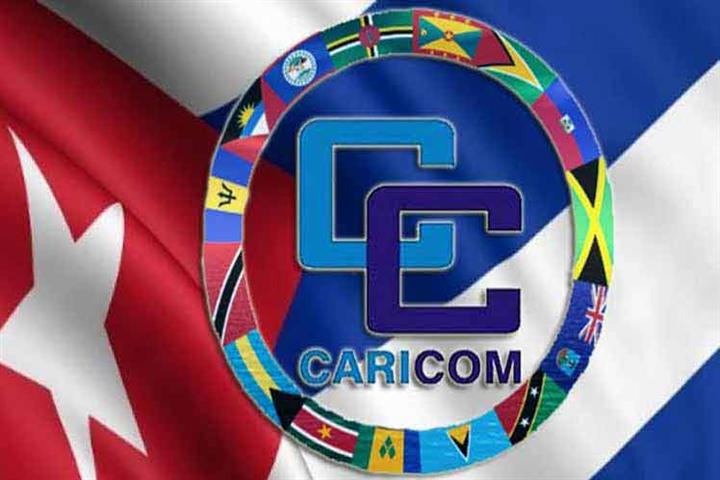 Havana, Dec 6 (Prensa Latina) Guyana, Barbados, Trinidad and Tobago and Jamaica established relations with Cuba half a century ago in open defiance of the isolation policy that the United States tried to impose on Cuba.

For diplomat Jose Fernandez de Cossio, who was at the center of the negotiations that led to the signing of the ties on December 8, 1972, this was “an unprecedented development.”

The policy of the United States was “resoundingly broken by the action of these four Caribbean countries along with Cuba,” the then ambassador to Canada said, offering his first-hand testimony exclusively to Prensa Latina.

The establishment of these relations occurred at a very special juncture given that these small Caribbean nations had just become independent, Fernandez de Cossio, who is perhaps the only survivor of that moment 50 years ago, commented.

They were relatively small countries, and yet they assumed the tremendous sovereign decision of undertaking the process of establishing diplomatic relations with Cuba, precisely at a time when the policy imposed by the Government of the United States to isolate us diplomatically and economically was in force in the hemisphere, he stressed.

A policy that was fulfilled in a practically unanimous way with the notable exception of Mexico, he explained when clarifying that there were also relations “with Salvador Allende’s Chile.”

Regarding the holding of the 8th Cuba-Caricom Summit in Barbados on December 6, he recalled that at that time Guyana joined the Non-Aligned Movement and “very intense, positive contacts” took place.

Then Guyanese Foreign Minister Shirdath Ramphal and his Cuban counterpart, Raul Roa, were the ones who began to explore the possibility of establishing relations, he added.

Of course, all of this happened “under the superior leadership of the Cuban leader, Fidel Castro,” and of Prime Minister and later President of Guyana Forbes Burnham, as part of a process that other leaders from the region joined, such as Eric Williams, from Trinidad and Tobago; Michael Manley, from Jamaica, and Errol Barrow, from Barbados.

Where to do it and how? That is where I came in, as I was ambassador to Canada and had excellent personal relations there with the diplomatic representatives of Guyana and Barbados, the same thing happened in New York between Ambassador Ricardo Alarcon and those from Trinidad and Tobago and Jamaica,” he pointed out.

“It was decided to advance in parallel and in absolute discretion in this process of formalizing the establishment of relations and in what term. The signing took place on December 8, 1972, and the ambassadors who had participated in the negotiations were accredited as concurrent,” Fernandez de Cossio, explained.

That is why I, as ambassador to Canada, was appointed concurrently in Barbados and the ambassador of that Caribbean nation in Ottawa was designated in Havana, he added.

“The negotiation took place, it was successful, the disclosure was made simultaneously in Ottawa, New York and the capitals of the countries involved,” he recalled.

It was a challenge to the so-called Monroe Doctrine that considered the United States to have the right to command the destinies of this region within the framework that they set and in the terms that they established, and with such a sovereign reaffirmation by the Caribbean States was undone, he noted.

After half a century, Cuba has developed very positive friendly relations with all the States of the Caribbean Community (Caricom) and has provided technical assistance to train professionals, he pointed out.

The former diplomat went on to say that Cuba has provided help in medical services for years with medical brigades in almost all Caricom countries.

Those countries “have always remained united in what refers to the relationship with Cuba and have not accepted isolation or maneuvers or hostility against Cuba,” he emphasized.

That is why he considered that Caricom’s position is clear: to vote en bloc at the United Nations in support of Cuba’s resolution condemning the US blockade.

In addition, he warned, the Caribbean community has been an obstacle and has refused to join any maneuver that has been developed against Cuba under the influence of the United States in regional terms.

Fernandez de Cossio’s last mission as ambassador was in Japan (2007-2012) and currently, with extraordinary clarity at the age of 89, he confesses that it is not yet time to retire, so he works as a teacher, training new generations of Cuban diplomats at the Raul Roa García International Relations Institute.

Graduated as a lawyer, and with a career as a student leader, from a young age he embraced the revolutionary cause, was persecuted, imprisoned and in exile.

Fernandez de Cossio activated his memory in the calm of his Havana home, together with his inseparable Tania (Dominguez), the woman he had conquered since his university days and whom he married 65 years ago.

About how he put aside the law and his work in the Ministry of Justice and devoted himself to diplomacy, he confessed that there was a conjugation of factors, one of which was that Roa himself, who was his professor, invited him, in 1963, to work at the Ministry of Foreign Affairs.