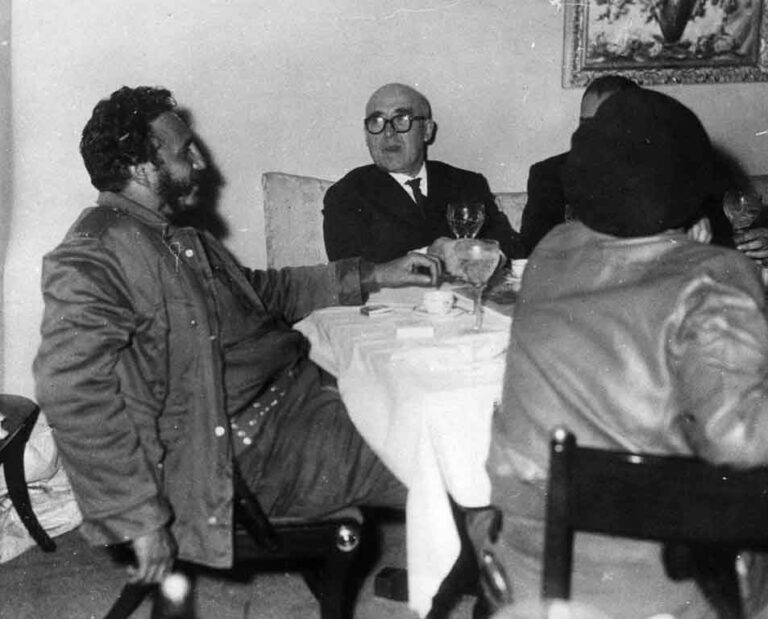 Havana, Dec 7 (Prensa Latina) One Hundred 20 years after his birth, screenwriter Cesare Zavattini today became a connecting bridge between Cuba and Italy, from the pages of a book created between both nations, with the collaboration of prestigious essayists.

Cesare Zavattini and the cultural heritage between Cuba and Italy is the result of joint work between the General Directorate of Cinema and Audiovisuals of the Ministry of Culture of the European country and the Cuban Institute of Cinematographic Art and Industry, in order to resume that connection established by the Italian creator over six decades ago.

Presented within the framework of the 43rd edition of the International Festival of New Latin American Cinema, which takes place in Havana until December 11, the volume is part of the actions of the Orizzonti Italy-Cuba project, while approaching the imprint of one of the parents of neorealism.

According to one of the coordinators of the text, Antonio Urrata, the book allows us to find points in common with the filmography of the Caribbean island, especially for the first generation of filmmakers and intellectuals, who emerged in the nascent Revolution.

In this sense, the director of the Cinematheque of the Greater Antilles, Luciano Castillo, highlighted the presence of Zavattini’s legacy in disciples of his work, such as Julio García Espinosa and Tomás Gutiérrez Alea, or the Colombian Nobel Prize in Literature, Gabriel García Marquez.

Among the names of academics and scholars who signed their signatures on the articles, there is Dario Eduardo Viganò, in charge of editing the text, as well as Orio Caldiron Castillo, Gianluca della Maggiore, Gualtiero De Santi, Rosanna Scatamacchia, Simone Terzi and Anastasia Valecce.

As detailed by organizers of the meeting, Zavattini exerted a great influence on the filmmakers of the largest of the Antilles and Latin America, because “he was a machine for thinking plots,” García Márquez once said.

The project dedicated to the figure of the intellectual, writer, screenwriter and poet offers the opportunity to reread Zavattini’s film production, while intercepting the celebrations of some Neorealism masterpieces, such as those signed by him and Vittorio De Sica, reviews the volume presentation.

In this sense, it highlights titles such as “Children look at us”, “Bicycle thiefs”, “Miracle in Milan”, “Umberto D.” and “The door to heaven”, while alluding to the vast field of observation of the text that connects Latin American cinema and the influences of Zavattini.