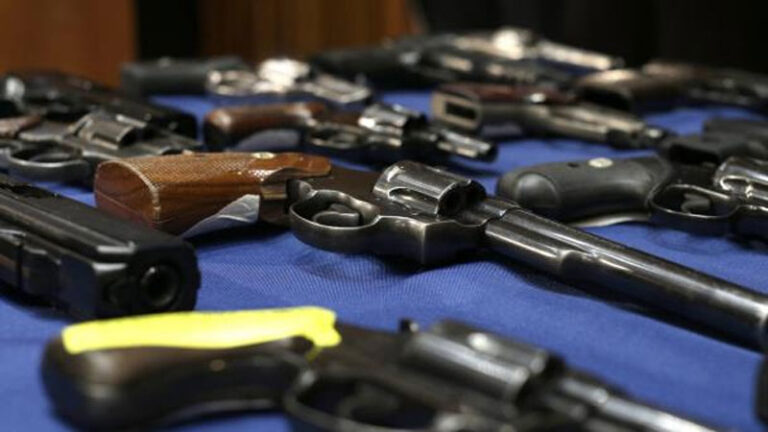 Washington, Jan 19 (Prensa Latina) Transportation Security Administration (TSA) agents have seized more than 6,530 guns from airline passengers in 2022, 88% of these guns were loaded, accounting for a record high.

According to TSA, the number of firearms seized is the highest in two-decade history and represents a nearly 10% increase over the 5,972 firearms confiscated in 2021.

TSA agents at the Atlanta-Hartsfield International Airport confiscated the highest number of firearms in 2022 with 448. Agents a Dallas-Fort Worth seized the second-highest number with 385 firearms confiscated in 2022, 213 firearms at Nashville International Airport last year -the fourth highest in the country despite the fact that, according to gettocenter.com it is the 38th largest airport in the country.

Meanwhile, Austin-Bergstrom had the 8th highest number of firearms confiscated last year despite being the 39th largest airport, and finishing right behind massive airports in Orlando and Denver and Phoenix.

In response to the rise of firearms at airport security checkpoints, the TSA has implemented new measures to dissuade airline passengers from bringing firearms in their carry-on luggage. Passengers who are in possession of firearms will not be eligible for TSA pre-check for five years. In addition, passengers face an increased fine of up to $15,000 for firearm violations.

Passengers need to put any firearms “in a hard-sided case. Lock it up, and make sure you use non-TSA-approved locks. We only want the owner of the firearm to have access to the case. If it needs to be inspected, we can call the firearm owner back.”

The number of firearms confiscations at U.S. airports has increased since 2010, when TSA agents seized 1,123 firearms due to the Covid-19 pandemic that helped to reduce the number of flights.

Americans have their right to own and carry firearms set forth in the Constitution, the only one in the world where there are more firearms than civilians.

Meanwhile, the nation is currently facing up a high violence rate to the point that President Joe Biden called gun crime a social problem.