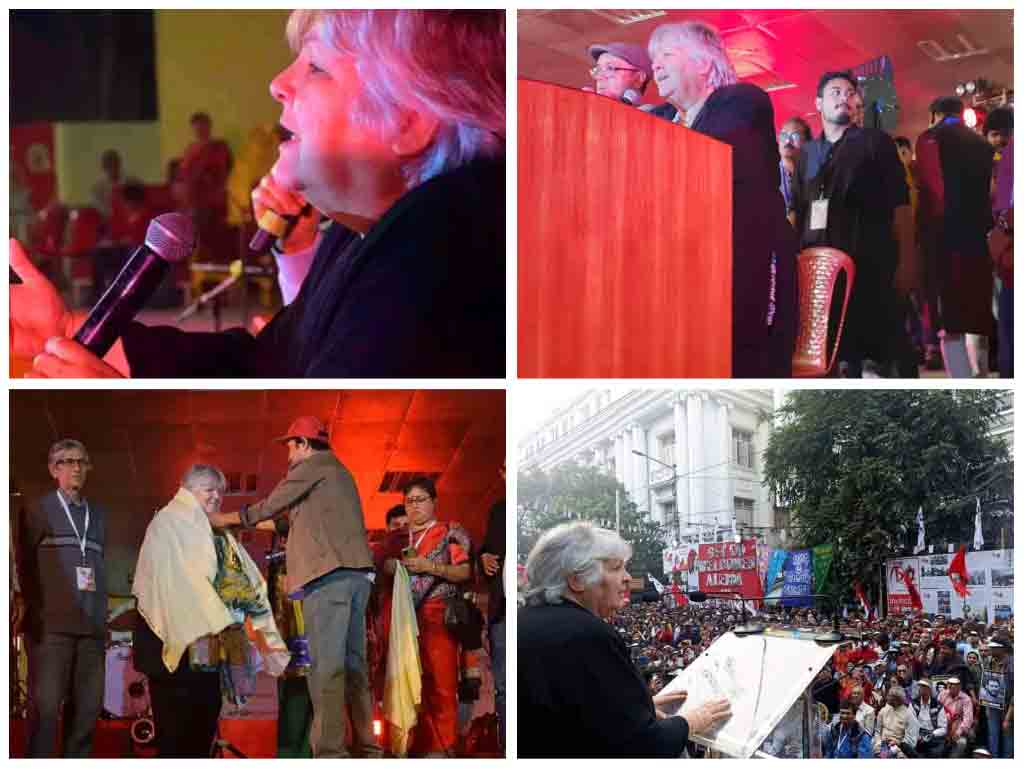 The young people gathered on College Street, a street in the center of the city, wearing T-shirts and caps with the image of the iconic Argentine-Cuban guerrilla commander.

Earlier, the student union of the Faculty of Arts, led by the Students’ Federation of India, held a felicitation ceremony for Dr. Guevara and her daughter, economist Estefania Guevara, at Jadavpur University on Friday.

Speaking at the ceremony, the human and social rights activist advised the students to hold high the banner of the proletarian struggle, while the tune of “Hasta la victoria siempre”(To victory always) was playing in the background.

In a speech delivered Wednesday in Chennai, south of India, Guevara condemned the US blockade against Cuba, which is causing extraordinary hardships in the island, she said.

The Cuban doctor and her daughter Estefania received a warm welcome from the audience and cadres of the Communist Party of India (Marxist) in Tamil Nadu.

Che’s daughter was conferred in the coastal and southern state of Kerala the international KR Gouriamma Award, named after the communist leader Kalathilparambil Raman Gouri, one of the most outstanding women of the left movement in India.

She also attended the 13th National Conference of the Democratic Women’s Association of India in Thiruvananthapuram on behalf of the Cuban Women’s Federation.