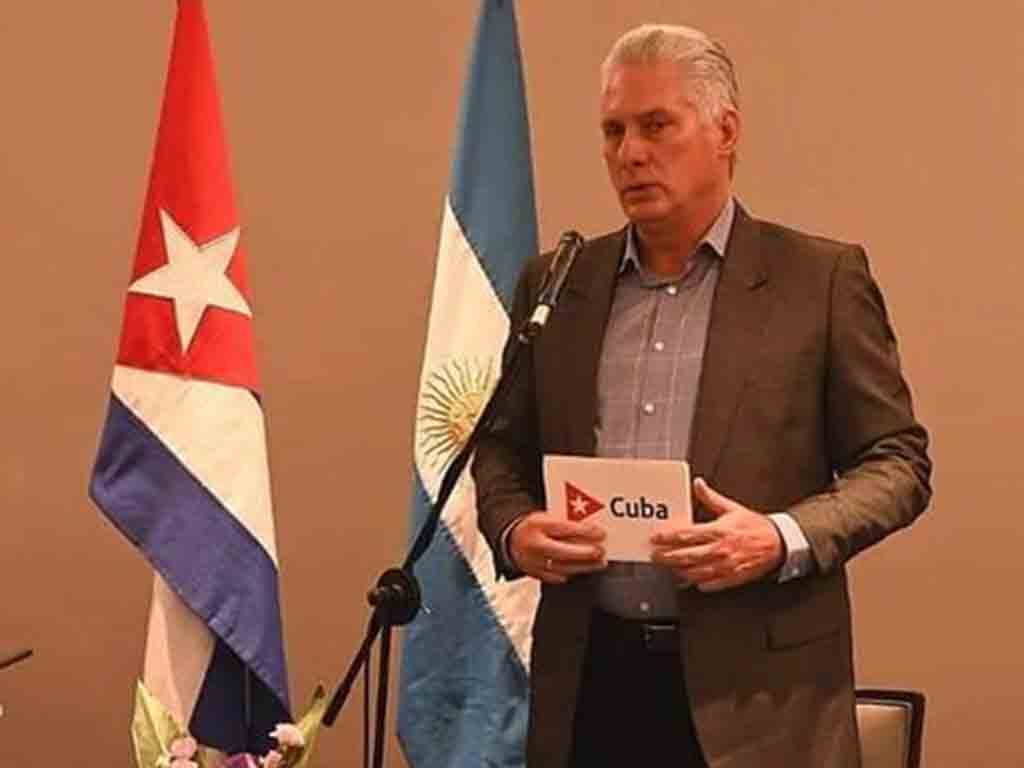 Buenos Aires, Jan 24 (Prensa Latina) Cuban President Miguel Díaz-Canel is fulfilling an intense agenda on his visit to Argentina, where he will participate in the 7th Summit of Heads of State of the Community of Latin American and Caribbean States (CELAC) on Tuesday.

Arriving in Buenos Aires on Monday, Díaz-Canel carried out an extensive program of activities and meetings in which he received an overwhelming deal of support for the island that´s why Canel ratified the unbreakable bonds of brotherhood that unite Cuba and Argentina.

In his second visit to this country, the Cuban president opened his program in a meeting with some 60 Argentine entrepreneurs and later with 70 intellectuals and prominent figures, among them Minister of Culture, Tristán Bauer.

Accompanied by Foreign Minister Bruno Rodriguez and Foreign Trade and Foreign Investment Minister Rodrigo Malmierca, among others, the Cuban head of State also held talks with country people living in Argentina to whom he ratified “that Cuba will continue to strengthen ties with its nationals abroad”.

During the meeting, where Díaz-Canel listened to the experiences and concerns of his compatriots, he was declared a honorary associate member of the Union of Cuban Residents in Argentina.

A significant moment of his first day of activities was the meeting with representatives of the political, social, trade union, and solidarity organizations of Argentina.

“The Cuban Revolution will never give up, nor will it be intimidated by threats,” Díaz-Canel said to those present while thanking the Argentine brothers and sisters who still support the island in the midst of constant aggressions conducted by the United States.

During the day, the Cuban statesman received the highest distinction granted by southern Tierra del Fuego province for his country’s permanent support of the Malvinas cause.

We accept this medal on behalf of the Cuban people. One of the causes we defend in all international forums is the Malvinas. You can always count on Cuba to support this struggle of the Argentine people, Díaz-Canel told those present.

With no time to rest, the Cuban president also met in Buenos Aires with Barbados’ Prime Minister Mia Amor Mottley, with whom he reviewed the results and agreements derived from the successful visit he recently carried out to that Caribbean nation.