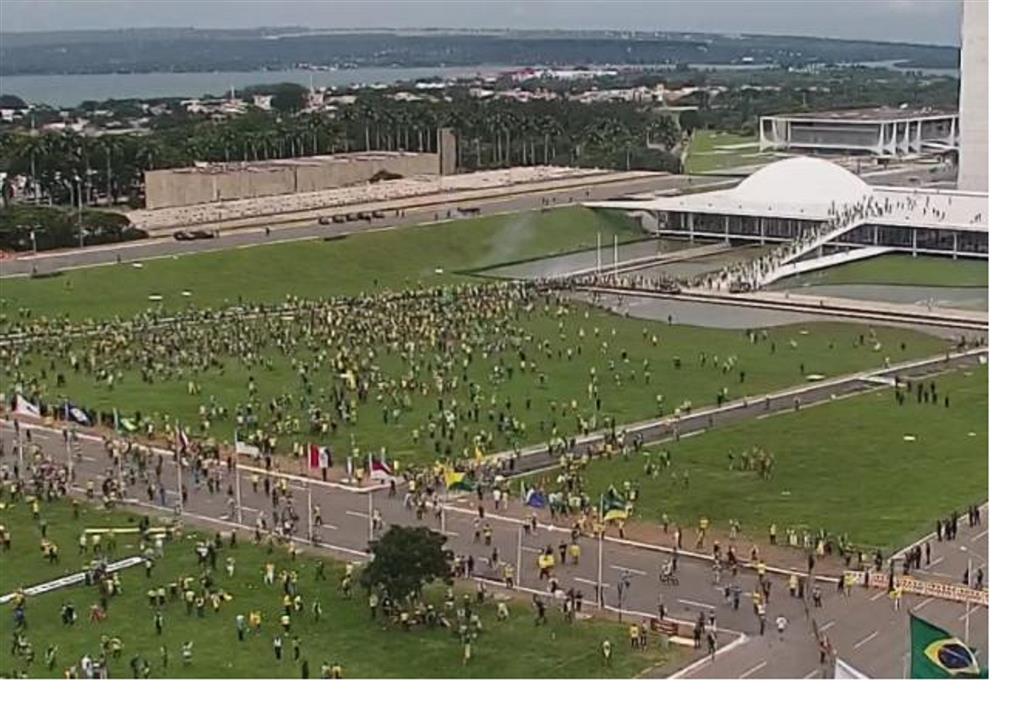 Brasilia, Jan 25 (Prensa Latina) The Legislative Police of the Brazilian Senate reported today it had identified another 23 people involved in the terrorist acts on January 8 that devastated the headquarters of the National Congress here.

According to the G1 portal, given this information, the president of the Senate, Rodrigo Pacheco, must send this week to the Attorney General’s Office (PGR) a request for investigating these suspects.

Groups of radical vandals supporters of the defeated president Jair Bolsonaro invaded and looted the Parliament buildings, the Federal Supreme Court and the Planalto Palace, seat of the Executive Power, on January 8, in this capital.

Due to these events, several lines of investigation were opened that led to the arrest of several of the terrorists and the Public Security of the Federal District (DF) was ordered to act.

In the same way, the ex-secretary of Public Security of the FD Anderson Torres was arrested, the governor of the territorial division, Ibaneis Rocha, was removed from office, and they identified soldiers involved in anti-democratic actions.

If the characterization of the coup leaders is confirmed, this will be the second representation sent by the Senate to the PGR.

On the 13th, Pacheco handed over to the attorney general, Augusto Aras, a first data on the vandals.

It transpired on the occasion that the Senate requested the opening of an investigation on 38 people. Subsequently, the PGR denounced 39.

Adding the two profiles, the number of people identified by the Senate as involved in terrorist acts in Congress could reach 61.

In addition to the absence of members of the Presidential Guard to protect the government premises, there is a video in which Da Hora argues with a military policeman who was trying to arrest the extremists.