Lula had a welcoming people’s bath in Montevideo 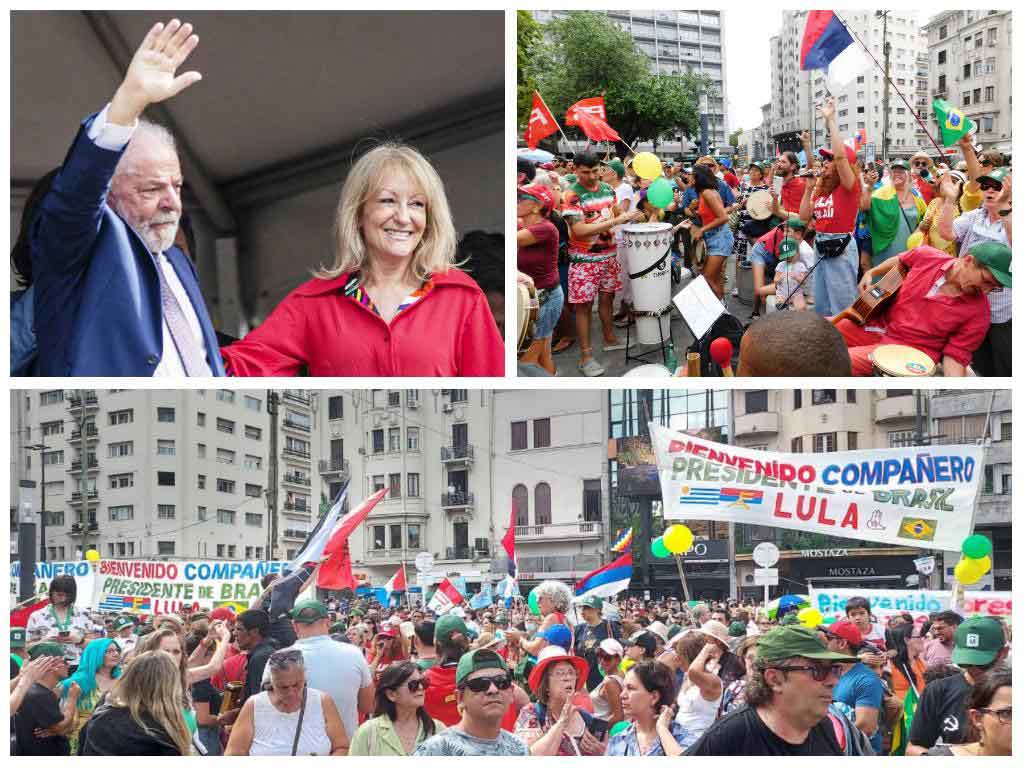 Lula had a welcoming people’s bath in Montevideo

Lula spoke from the balcony of the communal building to the public concentrated on the esplanade, who waited for him under a strong sun with flags, slogans and songs.

It was the president’s first public address since he took office on January 1, and after the attempted coup on January 8.

His first applause was when he said that he would later go to meet with former president José Mujica, with whom he is united by friendship and political and ideological positions.

He was then cheered when he expressed that he wants to “definitely build the unity of South America, of Latin America, and strengthen Mercosur.”

“I want to tell you that if humanity is going through a difficult time, it is not the time to get discouraged or lose hope,” he said, accompanied by Mayor Carolina Cosse, who presented him with the Greenest medal, recognizing his policies and efforts in defense of the environment.

We need to raise our heads, recover the ability to be indignant at social inequality, against gender prejudices, racial inequality, so that we can build a better world, a world that is fairer and more supportive,” said the South American president.

Lula had words for his compatriots gathered there, and he thanked them for the high vote he received in Montevideo in the last presidential elections in his country. “You can be sure that we are going to fix Brazil, he told them.

The president praised the work of the mayor of Montevideo (Broad Front) and commented that the days are gone when politics, unionism and social struggles were for men only.

A Uruguayan woman named Mabel told Prensa Latina that Lula da Silva’s presence in her country is a “sign of hope for what we don’t have here.”

The Brazilian Magdiel, a resident of this capital, agreed with her, narrating the hours of anguish she experienced last January 8 when the coup attempt against the president of her country.

I cry with happiness and emotion, she pointed to Prensa Latina visibly moved. Lula brings us the possibility of a better country and a better continent, she concluded.