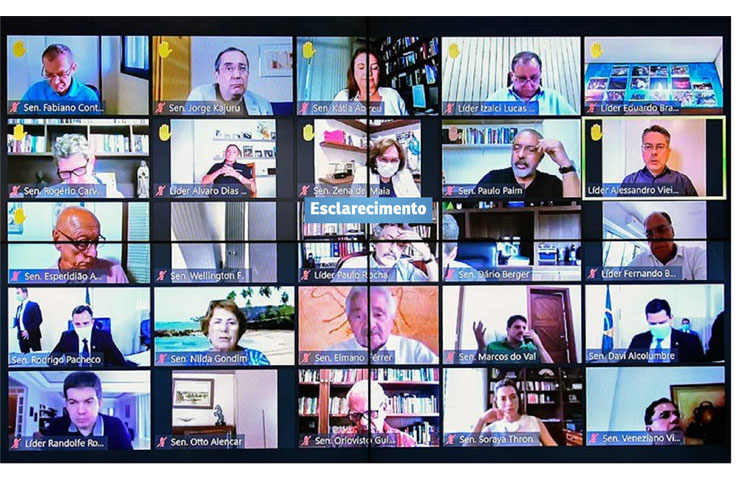 The Senate indicated that legislators demanded in the plenary session on Tuesday an explanation from that ministry, now headed by General Walter Souza Braga Netto, about a viable coup by Bolsonaro.

Given the concern, the head of the Upper House, Rodrigo Pacheco, reaffirmed the responsibility of that congressional body as the guardian of democracy, but also affirmed that the focus should be to face the Covid-19 pandemic.

‘I am calling on the Federal Senate: under any circumstances, let us not allow, with episodes such as those that occurred recently, that we could lose the main focus of Brazil at this time,’ Pacheco declared.

He insisted that this systematic use of narratives to divert focus, create political facts, hurts Brazil enormously, and at the most critical moment, ‘when we require, I repeat, unity, wisdom, effective actions to be able to face this crisis.’

He warned that political maturity is needed in Parliament to react to any risk to democracy.

The senators’ reaction emerged after the dismissal, on Monday, of Defense Minister General Fernando Azevedo e Silva, who left office and claimed to have ‘preserved the Armed Forces as State institutions.’

Such a statement, in the evaluation of some legislators, is worrying, because it could indicate an attempted interference by Bolsonaro in the Armed Forces.

The day before, after a meeting in the Defense portfolio, the president also replaced the commanders of the Navy, the Army and the Air Force.

For Senator Randolfe Rodrigues, it is necessary to listen to Braga Netto and the new military commanders so that there are no doubts on the subject.

The invitation to the general to make clarifications to the Senate is provided in the request submitted by Congressman Alessandro Vieira.

Although the demand was supported by the senators, Pacheco announced that he will deliberate on including him on the agenda of the plenary meeting of leaders, scheduled for April 5.