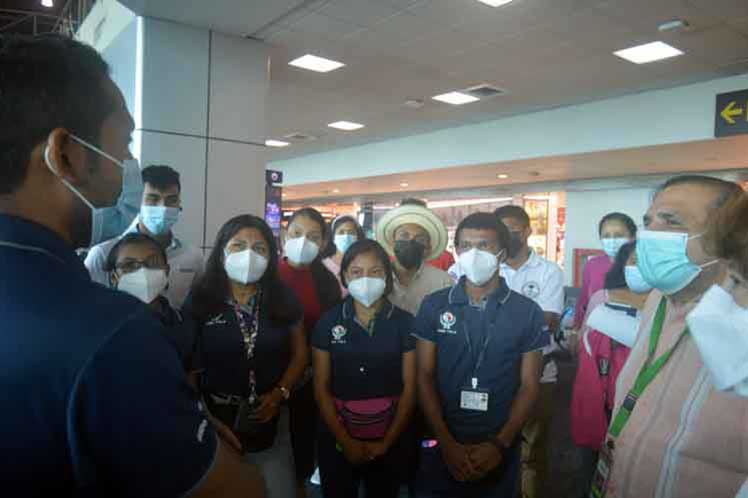 The government institution selected the best records from public schools located in impoverished indigenous regions and the capital district of San Miguelito and established the agreement in coordination with the Cuban embassy in this capital, sources from the state agency confirmed.

These young people represent a pride for our country, their regions, communities and families, declared the director of Ifarhu, Bernardo Meneses, to Prensa Latina, and highlighted that among them there are stories like those of José Hidalgo, ‘who packed boxes in a supermarket after classes and still obtained the first position of his group ‘.

This type of action represents for the National Government to ‘close gaps,’ said Meneses, who added that the prevailing inequalities can only be eliminated through education, that is why they put such tools for the development of native peoples and intricate areas in the hands of these students.

Alessandro Gramsci, advisor to the Panamanian Minister of Health, in a brief exchange with future doctors before their departure, told them that they will study in Cuba, a country with advances in biotechnology and medicine, knowledge that they will receive during their career.

However, Gramsci suggested that they also learn from Cubans their dedication to patients, in strict compliance with the ‘Hyppocratic oath’, and bring that philosophy of care back to Panama, to develop the concept of delivery to patients in their professional work.

In dialogue with the scholarship recipients, Prensa Latina confirmed curiosity and interest in the setting in which they will develop their studies in Cuba, while some were surprised to learn of the operation of the island’s primary health system, in which they could also develop their medical practice.

These students are part of a group of 53 who received Ifarhu scholarships to study in Canada and the United States, and are originally from the provinces of Veraguas, Herrera, Chiriquí, Central Panama, West Panama, Colón and Bocas del Toro and the Guna Yala, Emberá and Ngabe-Buglé indigenous regions.