Russian tour operators for rapid reopening of flights to Varadero 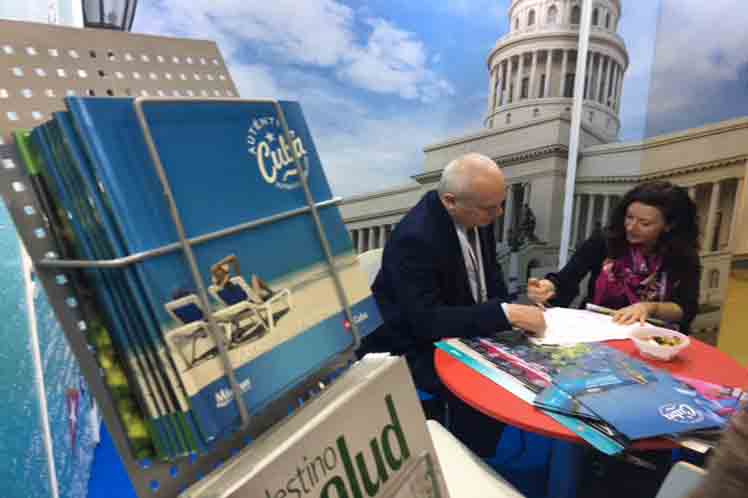 Russian tour operators for rapid reopening of flights to Varadero

‘The interest is tremendous, they are just waiting to be told which agencies will fly and when to start selling,’ the diplomat told Prensa Latina at the Cuba booth at the Intourmarket 2021 (ITM) fair, which concludes this Saturday in Moscow.

Organized by the Federal Tourism Agency of Russia, the event is attended by a large number of public, in addition to tour operators and representatives of travel agencies from all over the Eurasian nation and other countries.

Escalona stressed that the Havanatur office in Moscow participates in the Cuban space in the fair, which will soon be able to sell its offers with the reopening of the connection with the Cuban spa.

On the subject, he drew attention to the attractiveness that this option will mean for Russian travelers in the midst of the current international situation caused by Covid-19.

He warned that from Russia to the American region there are only flights to Cuba and now to Venezuela, the latter approved on April 1.

He commented that trips to Asia also have limitations, that Europe ‘is almost closed’, although it is likely that in the coming days it will open them to Greece, Egypt and Cyprus.

‘But unquestionably these destinations are not enough for Russian tourists and the road to the Caribbean that we are offering is there, present,’ he said.

He said that these constitute compelling reasons for Russian tour operators to be motivated to resume links to the Varadero resort, considered among the best in the world by specialized sites and international agencies in the sector.

The Councilor for Tourism of the Cuban embassy in Moscow clarified that although the date approved for the restoration of flights with the resort was April 1, there are still logistical arrangements that must be defined by the Russian aeronautical authorities.

However, he said, the tours are expected to begin between the end of April and the beginning of May.