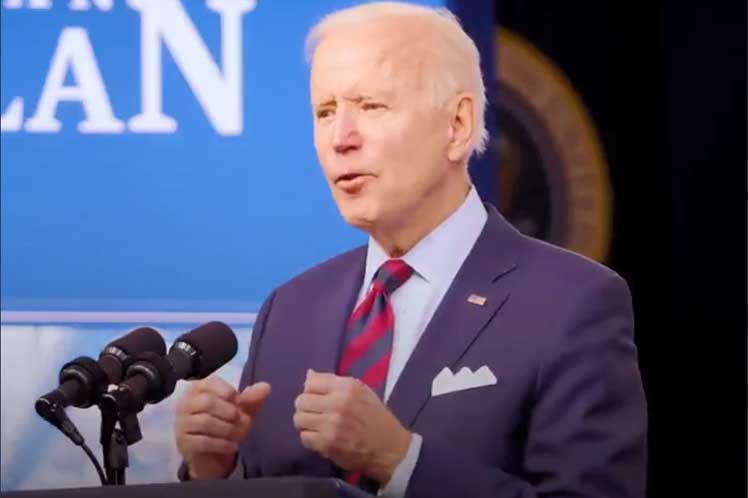 The legislative proposal is necessary so that his country ‘can lead the world in the way in which he has historically done’, Biden said.

In a speech at the White House, President Biden also pitched into China’s breakthrough, wondering whether the Asian nation will wait before investing in digital infrastructure, research and development.

There are no GOP bridges or Democratic airports, said Biden, who assured that he is willing to work with those who oppose his initiative.

Biden prefers his proposal to be backed by GOPs, but if it doesn’t succeed, he will likely support using a ¨Reconciliation¨ procedural strategy to allow Democrats to pass it in the Senate, Jennifer Granholm, Energy Secretary, said three days ago on a television show.

US president’s decision seeks to update transportation, communications systems, and buildings, to finance innovation and research as well as to foster some social programs.

However, different people think Biden´s plan, his second major legislative initiative, seems unlikely that it will gain more bipartisan support than his first one: his US$1.9 trillion Covid-19 relief package.

Republican Leader of the Upper House Mitch McConnell stated president’s new plan is bold, but it would increase taxes and debt, for which he promised to avoid its approval.

Meanwhile, Rep. Roy Blunt recently urged Biden to significantly cut his proposal value if he wants to be supported by his political opponents.

If we look at roads, bridges, ports and airports, and maybe even underground water systems, I keep on thinking that less than 30% of Biden´s financial relief package would be necessary, Blunt told Fox News on Sunday.