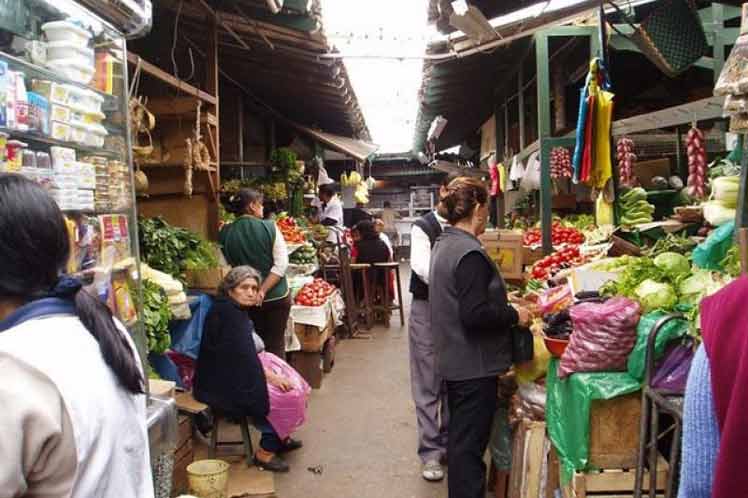 The Food and Agriculture Organization of the United Nations (FAO), based in this capital, reported that in the third month of the current year the price index registered an average of 118.5 points, equivalent to 2,1 percent higher than in February.

The rise was due to an appreciable increase in the prices of vegetable oils, meat and dairy products, while the prices of cereals and sugar fell.

Vegetable oils averaged an increase of 8.0 percent compared to February, considered the highest level since June 2011, attributed to the increase in the values ​​of palm oil, soybeans, rapeseed and sunflower.

In particular, the higher prices of palm oil -according to the FAO report- responded to persistent concerns about the shortage of stocks in the main exporting countries, plus the gradual recovery of world demand.

The same meat in March was quoted 2.3 percent higher compared to February prices, an upward trend observed for six months, but still slightly below its value a year ago.

The indices of poultry and pork meat – the report details – increased due to higher imports in Asian countries, mainly in China; in addition, the prices of the second rose due to higher internal sales in Europe prior to Easter celebrations.

Dairy products rose 3.9 percent from February, the tenth consecutive month of increases, which pushed the index to about 16 percent above the value registered in the same month of 2020.

In contrast, cereals were paid in March 1.7 percent below February prices, which ended the upward trend of the last eight months, although it is still 26.5 percent above the March 2020 level. Meanwhile, the sugar price index was four percent lower in the same period, which represents – according to the FAO report – the first fall after the sharp increases registered in the previous two months. It also clarifies that the prices of this product were 30 percent above the level registered in the same period last year, due to concerns about the shortage of world supply between 2020 and 2021.