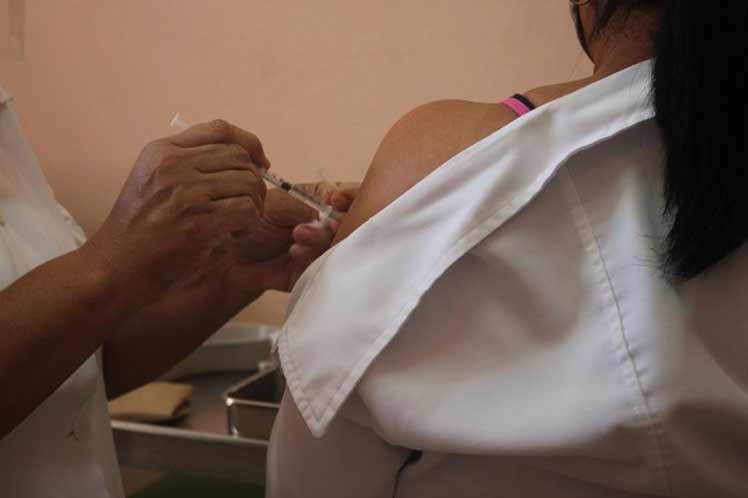 ‘The administration of the first dose of the Cuban vaccine candidates Soberana 02 and Abdala to the 75,000 health and Biocubafarma workers who are part of the intervention study developed in Havana, concluded,’ Cuba’s Ministry of Public Health reported on Twitter.

This is a controlled intervention study for at-risk populations, which includes health workers and the Group of Biotechnology and Pharmaceutical Industries of Cuba (BioCubaFarma).

The objective of the controlled intervention trial is to evaluate the direct and indirect effects of vaccination with these candidates on population groups at high risk of contracting the infection, becoming ill and spreading the Covid-19 contagion.

Soberana 02, designed by the Finlay Vaccine Institute (IFV), is going through phase III of clinical trials in Havana with a sample of 44,010 volunteers, to whom the second dose is already administered.

In addition, the intervention study will reach another 150,000, including workers in the health and biopharmaceutical sector.

Meanwhile, Abdala, designed by the Center for Genetic Engineering and Biotechnology (CIGB), is administered to 48,000 volunteers from the Santiago de Cuba, Granma and Guantanamo provinces during the third stage of clinical trials (also second dose).

With this last candidate, intervention studies are also being carried out in those territories, in Sancti Spiritus and Havana; in Cuba’s capital with 124,000 volunteers that include health workers and the biopharmaceutical sector.