Belarus veterans express solidarity with Cuba against US blockade 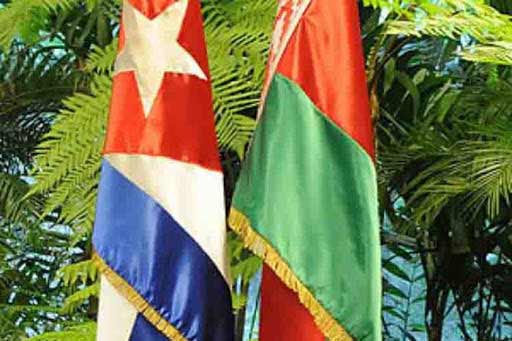 Belarus veterans express solidarity with Cuba against US blockade

The group congratulated Cuban Ambassador Juan Valdes on the 8th Congress of the Communist Party of Cuba (PCC), whose results, he predicted, will mark a new milestone of victories for the Cuban people.

Dimitry Senko, president of the Belorussian Association of Internationalist Combatant Veterans, read a message ratifying the ‘great ties of friendship between the Cuban and Belarus peoples’ and rejecting the US blockade against Cuba.

Senko, who is also the president of the G.K. Zhukov Bloc of the International Social Fund, referred to the tightening of Washington’s policy against Cuba during the administration of President Donald Trump (2017-2021), with the implementation of 242 additional measures to strangle the Caribbean nation.

He warned that these sanctions have not been abolished by the new US administration and make the lives of Cubans even more difficult, just when what the world needs most is solidarity to face the effects of the Covid-19 pandemic, he said.

For his part, Guennadi Ladysev, a member of the board of the Veterans Association, highlighted the efforts of Cuban scientists, who are developing their own vaccine candidates against the pandemic.

He commented that with these vaccines, Cuba will be a self-sufficient country to counteract the effects of Covid-19 and, in addition, to offer, as it has always been characterized, its traditional internationalist and solidarity aid to other peoples of the world.

The Cuban ambassador provided information on the 8th PCC Congress to the Belarus veterans, who expressed their best wishes for the successful implementation of the agreements approved at the meeting.