Cuba accumulates 110,644 cases since the beginning of the pandemia 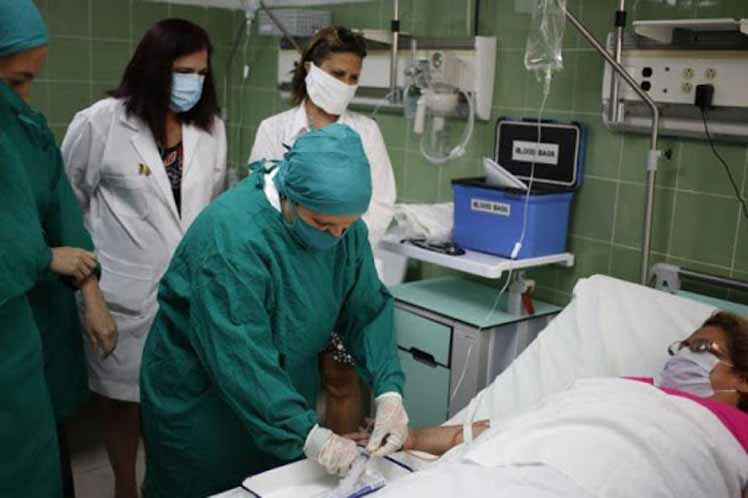 Cuba accumulates 110,644 cases since the beginning of the pandemia

Dr. Francisco Durán, National Director of Epidemiology, regretted this day the death of 11 patients due to complications associated with the infection, with which the death toll rises to 686 (32 in the first three days of May).

The specialist from the Ministry of Public Health (Minsap) warned that at present the disease has become more virulent and also affects younger people, in addition to a greater severity in the clinical picture of hospitalized patients.

Five thousand 576 people remain with the active virus in health institutions, of them five thousand 461 with stable clinical evolution, 64 in serious condition and 51 critical.

The epidemiologist added that in the last hours, 70 thousand patients were discharged from hospital, which accumulates 104 thousand 326 of those recovered.

Among those diagnosed in the last day with the SARS-CoV-2 virus, which causes Covid-19, 148 are under 18 years of age, belonging to almost all the provinces of the country.

Ninety-four percent of them have already been discharged, but 842 remain with active virus, including an infant in serious condition and another in critical condition.

The day before 20 thousand 700 diagnostic tests were studied throughout the national territory to detect the presence of the virus, which brings to three million 720 thousand 729 the total of samples taken since the beginning of the pandemic here in March of last year.

Once again, the Minsap specialist insisted on the complex epidemiological situation that this Caribbean nation is going through and on the importance of complying with hygienic-sanitary and protection measures aimed at preventing a further spread of the disease.