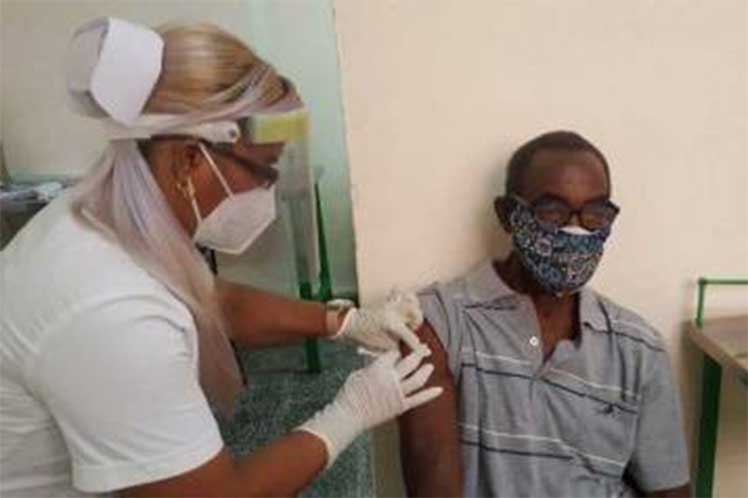 During the first two weeks in May until June, 396,382 volunteers from San Miguel del Padron, Habana del Este, Guanabacoa and Regla municipalities will receive the three doses of the vaccine.

Then, 382,016 volunteers from Boyeros, Cotorro and Arroyo Naranjo municipalities will be vaccinated between the last week in May until July, according to data from the Ministry of Public Health (MINSAP).

Between May and June, 474,676 health workers and students nationwide, who were not vaccinated in the intervention studies, will receive the vaccine candidate.

For example, in Ciego de Avila, the health intervention study also began with health workers and students; while Camagüey, Holguin, Artemisa and Sancti Spiritus provinces already have the necessary doses of Abdala vaccine.

Health Minister Jose Angel Portal recently explained the decision to carry out this temporary health intervention study until the Center for State Control of Medicines, Equipment and Medical Devices (CEDMED), the regulatory authority in Cuba, can authorize the massive use of Abdala vaccine, and Soberana 02, the other vaccine candidate that is in Phase III of clinical trials.

The health intervention study in risk groups and territories is also expected to carry out in Santiago de Cuba, Matanzas, Pinar del Rio provinces and Isla de la Juventud special municipality, between May and August.