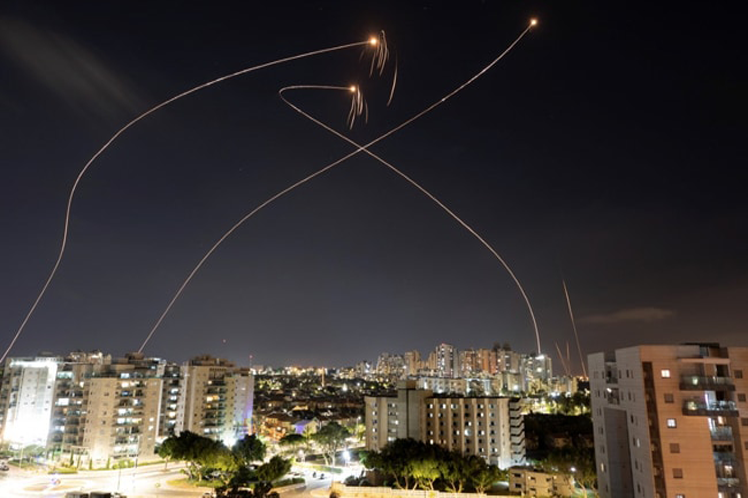 Meanwhile, in its most recent part, the Palestinian health media reported more than 120 dead, including 31 minors, a woman and her three children during the hellish night of Thursday, in addition to 830 injured.

The Israeli media identify the victims as members of the Hamas movement, in control of the strip, and other groups opposed to the military occupation of Tel Aviv.

These statistics are partial and are likely to increase given the Israeli refusal to enter into negotiations evidenced in the return to Cairo, the capital of Egypt, from the city of Tel Aviv of a delegation from the Arab country after the rejection of all initiatives and mediation. to reach a truce.

During the night of this Thursday and the early morning of today, Israel launched up to fifty bombardments with reactive and field artillery in about 40 minutes.

For their part, the Palestinian resistance entities fired more than 200 missiles overnight from mobile ramps which left their locations to avoid detection by electronic means of the enemy army, one of the most powerful in the world since it has the atomic weapon.

Despite the fierceness of the Israeli bombings, the Palestinian movements remain active and this morning three locations in Israel, Ashdod, Sederot and the Shaar Hanegev region, sounded the alarms for probable shots from the strip.

The present eruption of violence extends to areas of the West Bank and in particular East Jerusalem where street protests continue against the expulsion of Arab residents in the Sheikh Jarrah district to hand over their homes to Israelis and the desecration of Islamic holy sites by Jewish fanatics. .

Another possible little-mentioned component that underlies the background of the crisis is the possibility that Israeli Prime Minister Benjamin Netanyahu provoked the crisis to stay in government after his failure to compose a cabinet.