WHO highlights effectiveness of vaccines against SARS-CoV-2 strains 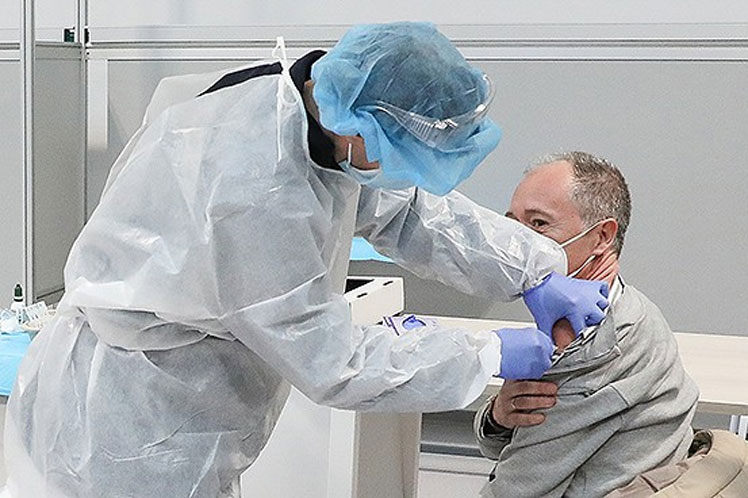 WHO highlights effectiveness of vaccines against SARS-CoV-2 strains

Copenhagen, May 20 (Prensa Latina) All the vaccines currently approved against Covid-19 are effective against the known strains of the SARS-CoV-2 coronavirus, which causes the Covid-19, WHO Regional Director in Europe Hans Kluge said on Thursday.

According to the World Health Organization (WHO) representative in Europe, although the changes of the virus identified so far respond to immunizers, the best way to control transmission is to comply with social and public health measures.

He pointed out that only 23 percent of the population in Europe has received a single dose of a vaccine, while 11 percent have already completed their immunization schedules.

‘We still have some distance to cover before we reach the point where everyone in our region will receive their doses against Covid-19,’ Kluge pointed out.

He noted that WHO in Europe carried out a joint assessment with the ministers of health for the adoption of vaccines and the elaboration of strategies to extend the benefits of immunization to each country in that territory.

Kluge also highlighted that Covid-19 cases and deaths are decreasing in Europe and dropped from a plateau of 1.7 million in mid-April to around 685,000 new contagions last week, which represents a downturn of 60 percent in one month.

He warned, however, that these figures should not lead governments to become complacent and relax health measures, as there are still pockets of growing transmission in several countries that are prone to a ‘dangerous resurgence.’

‘We learned our lesson the hard way. We are going in the right direction, but we must be vigilant about a virus that has claimed the lives of nearly 1.2 million people in this region. That is the equivalent of the population of Brussels in Belgium,’ he recalled.

Official statistics show that in the last week, the incidence of cases remained high in eight countries with over 150 new Covid-19 cases per 100,000 inhabitants.

The pandemic is not over yet and in the upcoming months, increased mobility, physical interactions and meetings may lead to further contagions in Europe, Kluge pointed out. jg/omr/mem/cdg