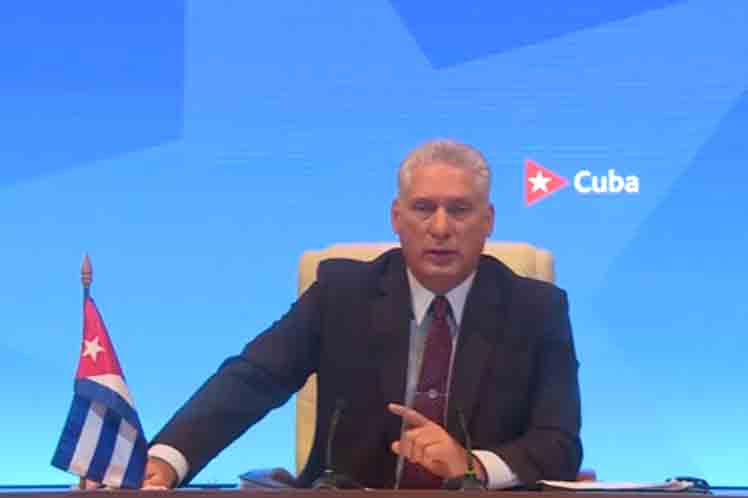 When speaking at the meeting of the Supreme Eurasian Economic Council on Friday, the president repeated Cuba’s commitment to the EEU as an Observer State, a decision approved at the latest meeting of the Council, on December 11, 2020.

The presidents of Russia, Belarus, Kazakhstan, Kyrgyzstan, the acting prime minister of Armenia, as well as the president of Uzbekistan, also an observer State of the Eurasian Economic Union (EEU), are participating in the meeting.

President Diaz-Canel expressed gratitude for the invitation to participate for the first time in the forum that brings together the heads of State of the member countries and for their support for Cuba’s accession to the EEU.

He stressed that the development of close and multifaceted cooperation with this regional bloc and its member States is very significant for Cuba.

According to Diaz-Canel, it is important to develop this cooperation mainly in areas of common interest such as commerce, energy, transportation, tourism, the steel industry, the agro-industry sector, mining, public health, the pharmaceutical and biotechnological industries, as well as culture and sports.

He stressed that Cuba has identified some priorities of this economic bloc that are similar to the socioeconomic development strategy devised the Caribbean island to face the global crisis caused by Covid-19.

The Cuban president noted that these are areas of interest that are also linked to the national development plans until 2030.