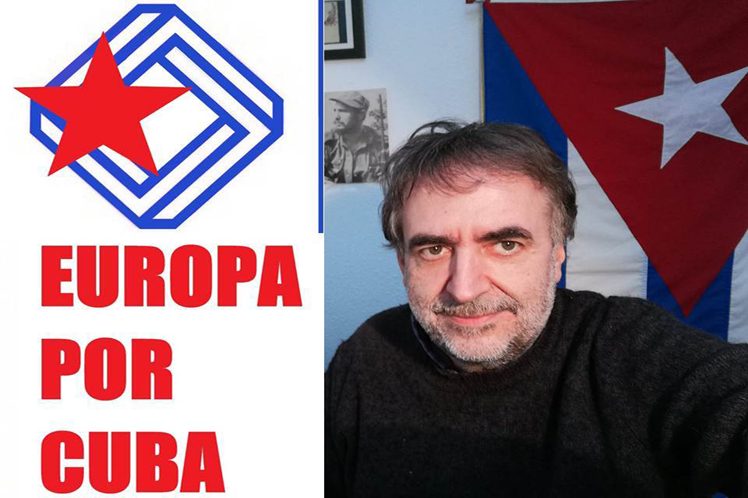 Jose Antonio Toledo, one of the creators and moderators of the solidarity platform, explained in statements to Prensa Latina that the intention is to put this diversification into practice in the actions that will take place between June 6 and 13 in rejection of the US blockade.

After the caravans and demonstrations against the blockade last March 27 and 28 in nearly 100 countries, the ‘Europe for Cuba’ channel announced the new program of activities on the occasion of the vote on a draft resolution demanding the lifting of the blockade, which will take place on June 23 at the United Nations General Assembly, just like 28 other times previously since 1992.

‘The solidarity movement is traditionally the protagonist of these actions, and we think that it is time to call for the active participation of unions, political forces, intellectuals and other sectors as well,’ Toledo stressed.

According to the promoter of the platform, which was created in October 2020, it is very important to speak out from various fronts worldwide against the blockade.

For this reason, with a view to the planned mobilization, they have circulated a statement, already signed by more than 100 intellectuals, parliamentarians and social activists, to demand the lifting of the blockade, which causes a very difficult situation in Cuba, he commented.