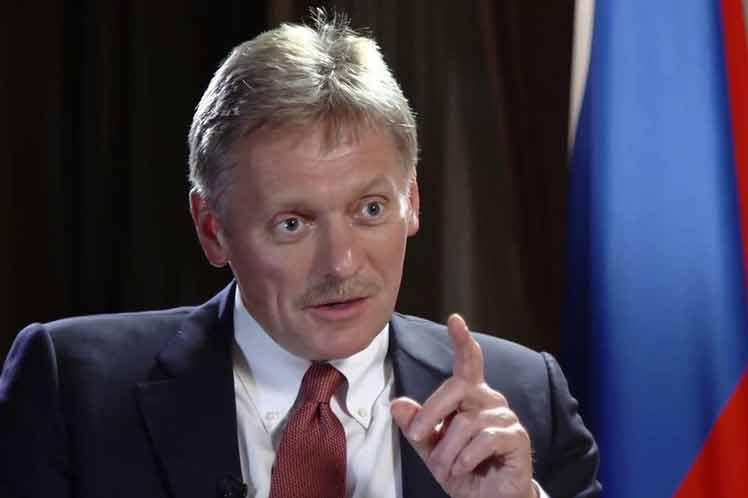 ‘If we understand things properly, there was a bomb alert, and the necessary measures were taken in accordance with international rules,’ the press secretary noted.

Peskov considered that the Belarusian flight dispatchers’ actions aimed to minimize the possible threat against the airplane from the Irish airline Ryanair, according to the news agency TASS.

On May 23, the plane covering the Athens-Vilnius route, the latter being the capital of Lithuania, made an emergency landing at the airport of Minsk due to a message about an explosive device on board.

After the plane landed and was inspected, experts ruled out a bomb. The Investigation Committee of Belarus opened a criminal inquiry for provision of false information on explosive threats.

According to Minsk, Roman Protasevich, one of the founders of the NEXTA Telegram channel, and a well-known extremist in the country and wanted by Belarusian authorities, was on the plane and was arrested by police officers.

The United States, the European Union and several western nations described the incident as a ‘hijacking’ to arrest Protasevich, and called for sanctions on the Belarusian Government.

The spokesman for the Foreign Ministry stressed that Belarusian authorities complied with the established international rules.

He said that Belarus guarantees total transparency in its actions, and added that if it is necessary, it will accept experts and demonstrate all the materials to exclude insinuations.