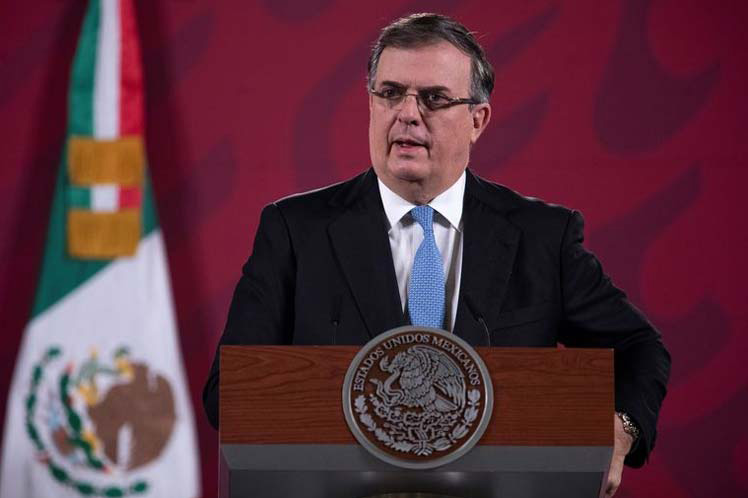 The foreign secretary claimed this at President Andres Manuel López Obrador’s morning press conference at the National Palace, where he recalled that OAS has been in Mexico in previous elections, and it will not ban its participation now.

But Almagro’s performance, he immediately clarified, is one of the worst in OAS’s history, and we have said so. He behaves as a proconsul; he thinks that he can do it without consulting anyone, as if he were an autonomous official or assumes that he does not need to do it, and that is something recurrent in him.

He emphasized that his actions in Bolivia were disgraceful because they led to the coup d’état against the Morales administration, and to us, he repeated, his actions are the worst, but we are not going to ban his observers from these elections.

He answered a question saying that they have not spoken to him nor do they have to, and the only thing that Mexico demands as an OAS member is that they respect the established regulation.

Regarding another topic, he said that the work agenda is ready for the visit of US Vice President Kamala Harris on Tuesday, which will begin with a series of meetings at the National Palace with President Lopez Obrador, in which several issues will be addressed, but mainly immigration.

Regarding President Joe Biden’s statement about the fact that he will increase funding for anti-corruption organizations, which commentators saw as a response to a diplomatic letter about money given to opposition groups in Mexico, he gave a different interpretation.

He said that, if they stick to the essence of a fight against corruption, it coincides with Mexico’s main objective and, therefore, they do not consider it a response to the diplomatic letter. The funding of foreign organizations is a problem of that government.

However, he immediately clarified that the Mexican government is only calling on organizations in the country, in reference to the opposition organization Mexicans Against Corruption, which are funded from abroad, to respect national sovereignty, the country’s rules, non-interference, and that is also included in the US Constitution.