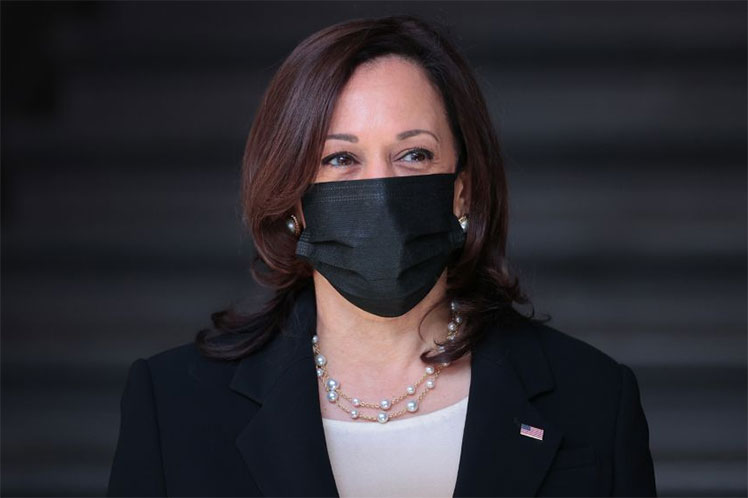 Kamala Harris met with Mexican President Andrés Manuel López Obrador, to whom she reiterated her commitment to invest $130 million over three years to support labor protections for Mexican workers and will also provide forensic training to Mexican officials seeking to find tens of thousands of missing people.

She met Tuesday afternoon with labor leaders and female entrepreneurs, and agreed with López Obrador on the need to provide support to the unions ‘because that really goes in favor of the economic and social prosperity of both countries,’ Kamala said.

Marcelo Ebrard, Mexico´s Secretary of Foreign Relations, stated that among issues discussed were those closely related to economy, cooperation for security, development in southern Mexico and Central America.

Ms. Harris and Mr. López Obrador signed a memorandum of understanding reiterating their governments´ commitment to deter migration north by addressing its root causes: poverty, persecution and corruption in Central America. According to Marcelo Ebrard, such an agreement involves exchanging experiences and proposals on expanding their development and welfare programs to Guatemala, Honduras and El Salvador.

Kamala Harris, on the other hand, said she spoke with López Obrador about reexamining some travel restrictions with Mexico; that is, making requirements for visa applying to the States much more flexible, but they will wait until the binational working team is formed to discuss it in detail.

She also mentioned the need to reexamine some travel restrictions imposed by the two governments and said that she will soon visit the Mexican border but will first address the origins of migration mainly with the Northern Triangle (Central America) people.