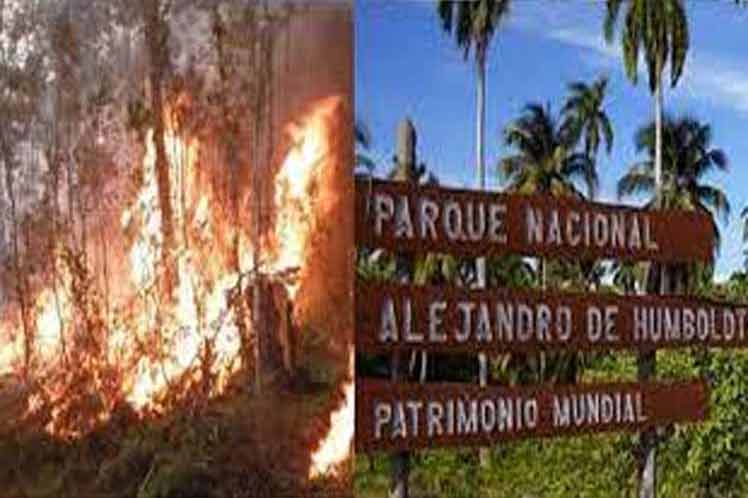 Havana, Jun 11(Prensa Latina) It will take a decade for the Alejandro von Humboldt National Park to recuperate from forest fires during a month, which affected 1,896 hectares, local media reported on Thursday.

Juan Ruiz, head of the Mining office from Mining and Energy Ministry, explained that the fire was caused by illegal mining, which proves how dangerous it can be for this forest area in eastern Cuba.

He pointed out that illegal mining has increased day by day in central and eastern Cuba, where there are still remnants of old gold mines and alluvial gold.

Such practices destroy the soil, water bodies as well as the flora and fauna combined with the negative impact on the health and security of people, since a number of accidents were reported during such practices, some of which were fatal, Ruiz said when asked by Granma newspaper.

In the meantime, reinforcing control over the territories is still the best way to stop illegal mining, whose ravages may cause sometimes irreversible consequences, the expert recommended.

Rafael Wilson, an expert with Forest Protection from the Forest Rangers in the eastern province of Guantanamo, explained that it was mainly the underwood of species growing in the shade of 30 to 50 meter-tall pine trees that was the hardest hit.

¨It is good to make it clear that mining does not require fire but people in such practice may sometimes be digging for gold along the riverside for days, so they might cook, light a fire for heat and light and eventually that may cause a fire, like this time,¨ Wilson told the Venceremos Daily.

Due to this accident, wildlife was affected, and some died and others were forced to migrate, said Wilson.

Microorganisms were also damaged, the biological niche of the many species was lost because it burned for nearly a month, and it covered a vast area. Stress to flora and fauna is incalculable, as it alters all biological processes in the area, the expert concluded.