Biden more aggressive than Trump in deportations of Mexicans 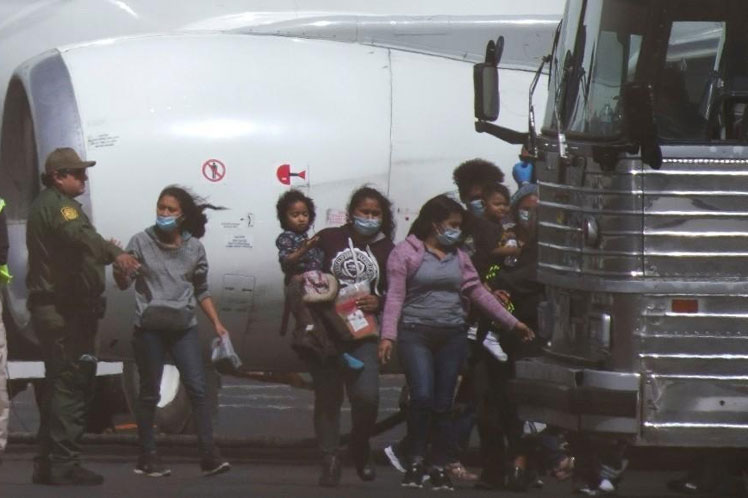 Biden more aggressive than Trump in deportations of Mexicans

The figures are even higher than the pre-Covid-19 pandemic in the Trump era. In May, Mexican authorities reported 21,485 repatriation processes for nationals.

There is also an increase in the illegal classification that Customs and Human Transit Control agencies give to Mexicans who cross the border into the United States for numerous reasons.

According to a report by the United States Customs and Border Protection Office, the detection of people without documents grew 7.6 percent in May 2021, compared to the previous month.

From October 2020 to May 2021, there were 414,330 people in an irregular situation, adults and minors of all nationalities, although the majority of Mexicans is known, the newspaper warns.

In turn, the Office of Field Operations and the Border Patrol, presented in May the highest figure of the reference period, with 70 thousand 630 records, against 65 thousand 663 in April, 62 thousand 576 in March and 44 thousand 275 in February.

Throughout the current year, the numbers have been increasing and this trend is expected to continue despite the visit of Vice President Kamala Harris and the supposed change in immigration policy by the Democrats, said officials consulted by the newspaper.

So far in 2021, the United States increased deportations of Mexicans from 13 thousand 355 in January to 21 thousand 485 in May, with a peak of 22 thousand 201 people expelled in April, a number higher than the levels registered before the pandemic .