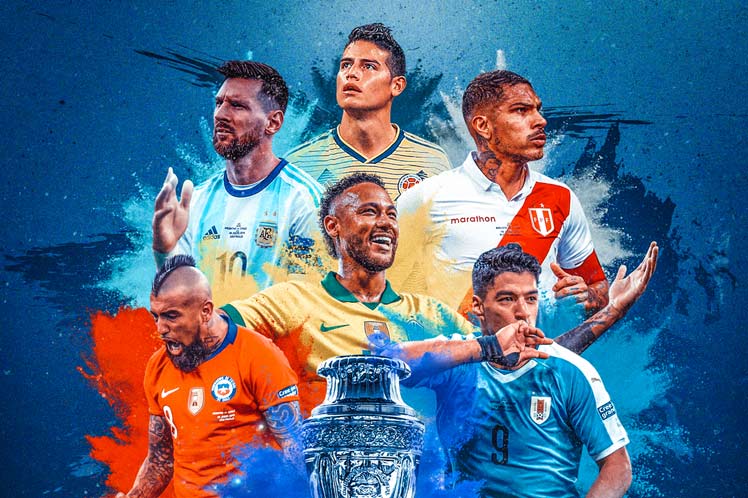 This decision, which is far from being in line with a wise judgment, is basically tied to a political gesture more than anything else.

When, on the night of Sunday, May 30, Conmebol announced that Argentina would stop organizing the tournament due to the country’s critical health situation (like most of the nations of the continent), it was understood that there was a high degree of logic in that decision.

For the Argentinean Government, this tournament was an uncomfortable commitment, given the context: in the middle of the second wave of coronavirus, a high daily number of positive cases, at the end of a 10-day period in which circulation was again restricted and with the aggravating factor of the arrival of winter, which makes everything more complex.

Within this framework, the Argentinean Soccer Association aligned itself with the measures taken at the national level and suspended all its competitions for the same period. Argentinean teams only continued competing at the international level (those competing in Copa Libertadores or Sudamericana), because Conmebol did not interrupt its tournaments. And this is a central point.

The governing body of South American soccer shows no sensitivity to circumstances that are above a sporting or commercial commitment. Its leaders are not moved by the fact that a Libertadores match is played in the midst of a social outburst, with demonstrations and violence outside the stadium itself.

Nor are they concerned about the fact that there are teams decimated by the pandemic and that they have to show up at all costs, even if they barely complete the starting line-up of 11 players. Figures such as Uruguay’s Luis Suarez and Edinson Cavani have already said: ‘this Copa America should not be played.’ And these were the only footballers that raised their voices.

And although Argentina had not yet officially communicated its decision not to host the competition, although it did evaluate it internally, it was CONMEBOL who was in charge of announcing the news. Up to this point, it could be said that logic prevailed.

But the following measure reminded us once again that, sometimes, one cannot expect decisions to be in line with common sense. The chosen venue was none other than Brazil, one of the countries most affected by Covid-19, with more than 460,000 deaths due to the disease and with several strains circulating in its territory, including the Brazilian one in Manaus.

Besides, that country is trapped in a socio-political crisis, with demonstrations against President Jair Bolsonaro, a denier of the virus, who with his attitude is the main person responsible for the health chaos in Brazil.

How can it be explained then that the Copa America has taking place on a stage of this nature? One can only think that it is due to a political decision.

The organization of this tournament was a gift for the government of Mauricio Macri, since they had calculated his reelection. And now it has become a wink for Bolsonaro, at the worst moment of his mandate, with the figure of Lula Da Silva growing and the elections on the horizon getting closer and closer.

Something would still be missing to surpass the height of foolishness, and some have hinted at it, although it was officially denied: that the organizers of the event in Brazil would think of playing with an audience. The circus must go on to meet commercial commitments, even if the cases of Covid-19 increase and the death toll is a slap in the face of humanity.

(Taken from the Orbe Sports Weekly)