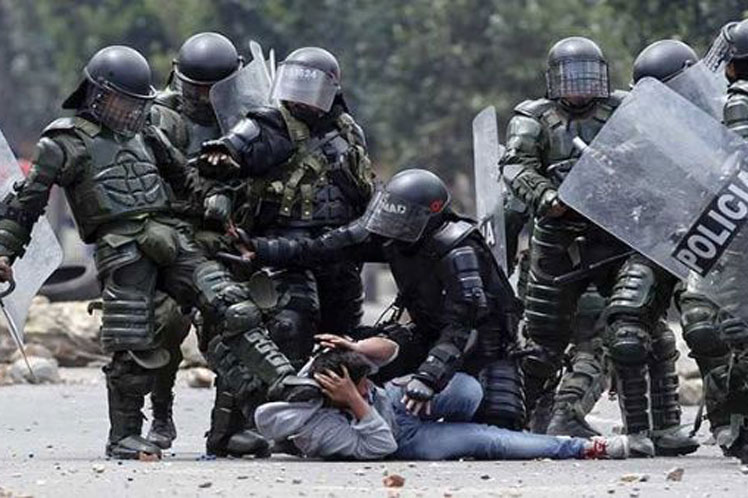 After the presentation last March of 54 cases of sectors identified as victims of genocide, which exemplify how in Colombia this phenomenon is historical, systematic and generalized, it recommended that the government respect and enforce human rights.

Likewise, he advised facilitating the functioning of justice and abiding by the recommendations of the Special Jurisdiction for Peace; guarantee the reincorporation of the ex-combatants of the defunct Revolutionary Armed Forces of Colombia (FARC) and prosecute criminal conduct that threatens the implementation of the Peace Agreement.

He asked to proceed to the complete restitution of lands to the dispossessed, to stop victimizing indigenous peoples and Afro-descendant communities and to treat them as internal enemies.

He demanded to punish the crimes committed against them, guarantee their return to their ancestral lands, commit to reparation and respect their self-determination and dignity.

He also urged the dissolution of paramilitary structures and stop using criminal law to criminalize those who defend human rights.

The TPP ruled to duly punish the perpetrators of extrajudicial executions and take all measures so that these crimes are not repeated.

He pointed out, among other aspects, the importance of proceeding with the total demilitarization of the country and beginning a reform of the police towards a civilian, republican and at the service of the citizenry, as well as guaranteeing reparation to victims in particular in the case of genocide of Patriotic Union.

On the other hand, the TPP asked the United States to close the School of the Americas, which it considers an export stage of terror and violation of rights.

He suggested that the countries that support peace continue to support the Agreement signed between the State and the FARC and the construction of peace.

To the Colombian State and society as a whole, he recommended to cease the repression and stigmatization against the protest demonstrations.

The ruling has as a context the recent social outbreak that since last April 28, within the framework of the national strike, occupied streets and squares in demand of a social and health policy that guarantees human rights in the midst of the pandemic, the organization said. Lawyers Collective.

Although it is not mandatory for the States, the decisions of the TPP Pueblos constitute important calls to the ethical conscience of humanity; they are precedents for jurisprudence on the cases addressed, as well as legal and political implications for the States involved in these serious crimes, he said.