Diaz-Canel recognizes the fight against Covid-19 in Cuban province 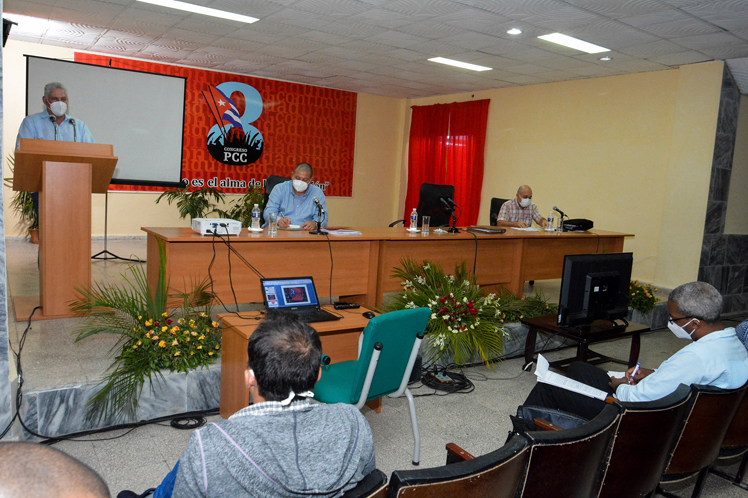 Diaz-Canel recognizes the fight against Covid-19 in Cuban province

During an exchange with authorities of that demarcation, the also First Secretary of the Communist Party (PCC) assured that, even with a low percentage of people vaccinated against Covid-19, the jurisdiction has kept the situation under control, and called on them to redouble the measures to avoid contagion.

The visit of the country’s top leadership is part of a tour with the Secretariat of the Central Committee of the party organization through eastern provinces to analyze experiences on the implementation of the ideas, concepts and guidelines approved at the 8th Congress of the PCC, held in April.

According to the official account of the Presidency on Twitter, Diaz-Canel urged to multiply all contributions, to banish obstacles, bureaucracy, slowness, and to work hard to build the prosperous future that the nation deserves, he said.

Likewise, the head of State insisted on the importance of the permanent debate with youngsters, and on giving them space to participate in all the decisive tasks of the country.

He also emphasized the need to revitalize the work of the mass organizations, in line with their historic functions and the current context.

As part of the exchange, Party Political Bureau member Roberto Morales recalled the priorities of the work of the PCC defined by Army General Raul Castro in the most recent conclave: the economic fight, the struggle for peace and ideological defense.

This is the 13th meeting after the beginning in the western province of Pinar del Rio of such tours to give continuity to the Congress and discuss the role of the political organization in the current circumstances.

Cuba is experiencing its third outbreak of the pandemic, and today reported 1,481 Covid-19 cases, of which only 10 belong to Las Tunas.