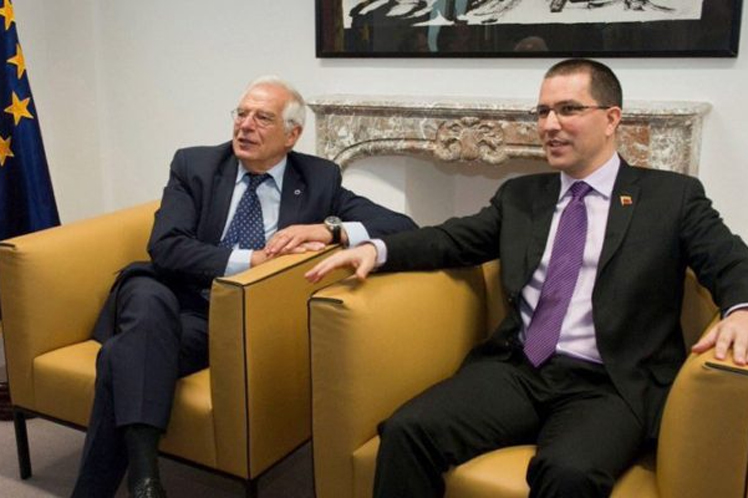 Venezuela’s Foreign Minister, who is participating on Friday in the Conference of Foreign Ministers of the Diplomatic Forum of Antalya (FDA), which will be held until June 20th, is developing a parallel work agenda with representatives of several nations and international organizations.

Relations between Venezuela and the EU deteriorated in recent years due to the hostile policy of the entity, aggravated after the recognition of former deputy Juan Guaido as interim president and the dismissal of President Nicolas Maduro, coupled with aggressive statements and positions against that country.

Earlier in the day, Arreaza had some bilateral meetings, also with the United Nations High Representative for the Alliance of Civilizations, Miguel Angel Moratinos; and the Secretary of the Cabinet of the Ministry of Foreign Affairs of Kenya, Raychelle Awour Omamo.

The FM also exchanged with the UN Under-Secretary General for Europe, Central Asia and the Americas of the Departments of Political Affairs and Peacebuilding, Miroslav Jenaa; and with his Iranian counterpart, Mohammad Javad Zarif, to discuss global issues and the importance of multilateralism in world geopolitics.

Meanwhile, with the Deputy Minister of International Relations and Cooperation of South Africa, Alvin Botes, they agreed to hold a Business Forum between both countries, in order to consolidate relations between both nations.

Venezuela’s Foreign Minister arrived on Thursday in Turkey and is attending this meeting with his counterparts, whose central issue is ‘Innovative Diplomacy: New Era, New Approaches,’ in which the crises facing the world and the opportunities to overcome them will be discussed.