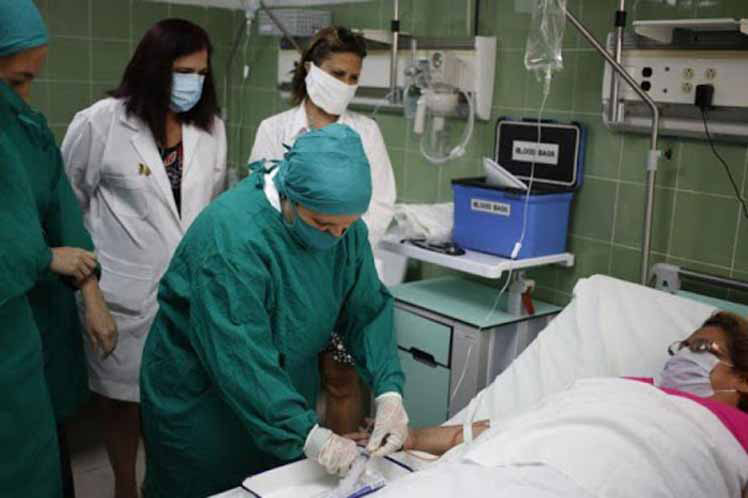 As specified on Twitter, US policy was tightened amid health emergency, and only from April to December 2020 it caused losses worth over US$3 billion.

In the update to the report: ‘Need to put an end to the economic, commercial and financial blockade imposed by the United States of America on Cuba’, MINREX detailed that negative impacts on health sector amounted to $198,348,000 in 2020. Such a figure, although it covers only nine months, is $38 million more than that reported between April 2019 and March 2020.

Psychological impact in the context of Covid-19 far exceeds any data, since ‘it is not possible to account for a Cuban person´s anguish, who cannot access a specific medicine because a US entity refused to,’ the text emphasized.

The document mentioned examples of the effects of the blockade, such as having prohibited access to medical technologies with more than 10 percent of components from the northern country, or to 30 products required for the protocols of prevention and treatment of the disease.

Plus, US blockade precluded Cuba from making timely financial transactions with acquired resource providers, as well as donation carrying-outs given by separate bodies to fight the Covid-19 pandemic.

Likewise, the blockade bans Cuba from making use of swifter transportation ways, forcing the Caribbean nation to acquire supplies through several countries paying a high additional cost, and there is a growing refusal of international banking institutions to deal with Cuba due to financial pursuit.