Nicaragua condemns at UN the tightening of US blockade against Cuba 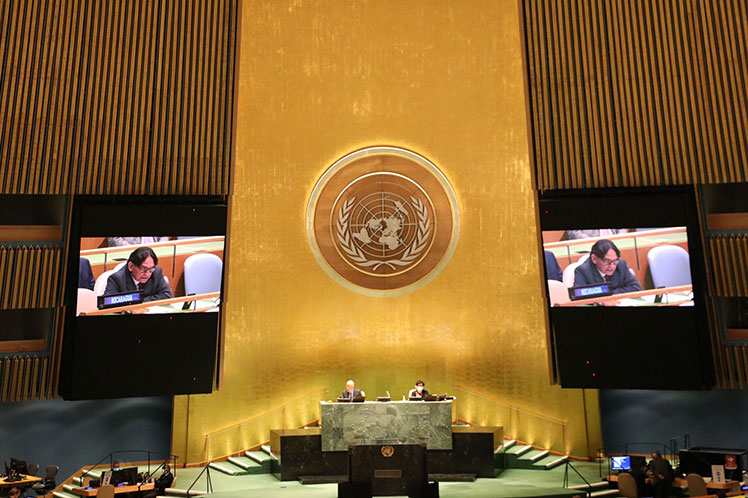 Nicaragua condemns at UN the tightening of US blockade against Cuba

During such a period, the damages on too sensitive sectors of Cuban society amounted to over US$5.5 billion, $1.226 billion more than the damages caused in previous year, said the Nicaraguan Ambassador to the UN Jaime Hermida.

The Nicaraguan diplomat spoke on Wednesday to support Cuba´s resolution on the need to end the economic, commercial and financial blockade imposed by the United States. The resolution was supported with 184 votes in favor, two against (United States and Israel) and three abstentions (Brazil, Colombia and Ukraine).

Hermida also condemned the five packages of measures adopted in 2019 in order to track down and punish international companies, vessels and shipping companies that ship fuel to Cuba.

In spite of this growing hostility, Hermida stressed that Cuba has been able to send 57 medical brigades to fight the Covid-19 pandemic in 40 countries and territories in Europe, Africa, the Middle East and Latin America.

In short, the Nicaraguan ambassador highlighted how amid this hulking economic blockade Cuban scientists were able to develop five Covid-19 vaccine candidates.

Cuba becomes the first Latin American country to develop its own vaccine candidate and apply it freely and universally to its population, Hermida stressed.