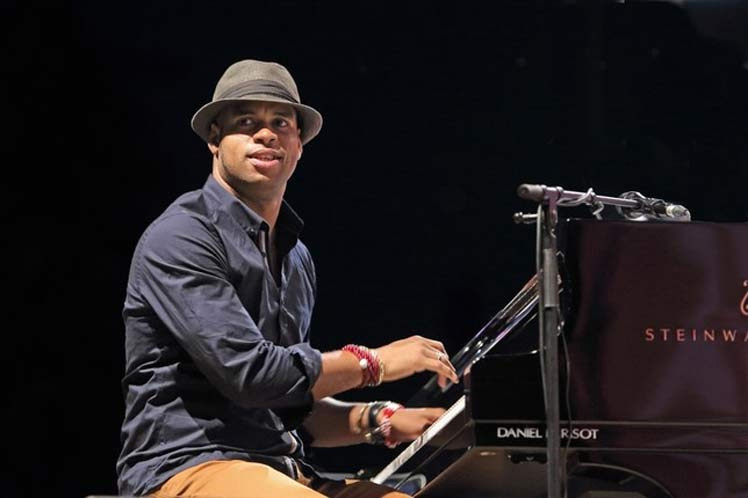 From July 2 to 17, the festival will be part of Fonseca’s program in Europe, where he will perform in Italy, France, Bulgaria, the Netherlands, Germany and Latvia, showcasing his musical style forged in Cuba.

Fifteen years after his debut at Montreux, the arranger and composer returns to Switzerland, where he accompanied singer Ibrahim Ferrer and the emblematic Buena Vista Social Club, renowned for its international projection and for rescuing indispensable figures from oblivion, at the Stravinski Auditorium.

Born to a family of musicians in Havana, Fonseca has forged a solid presence in the national and international jazz scene and is one of the young musicians who have mastered this genre and, according to organizers, ‘has established his reputation as a creative bridge between Cuban traditional music and the sound of a new era.’

His discography consists of solo albums and collaborations with members of the Buena Vista Social Club and renowned musicians such as Gilles Peterson, Mayra Andrade, Raul Midon and Fatoumata Diawara.

First held in 1967, the Festival takes place on the shores of Lake Geneva for two weeks and has featured the legendary performances of stars like Nina Simone, Miles David and Ella Fitzgerald, and talents such as Elton John, Carlos Santana, Radiohead, Kendrick Lamar, Pharrell Williams, Ed Sheeran, Alicia Keys, Adele and Lady Gaga.