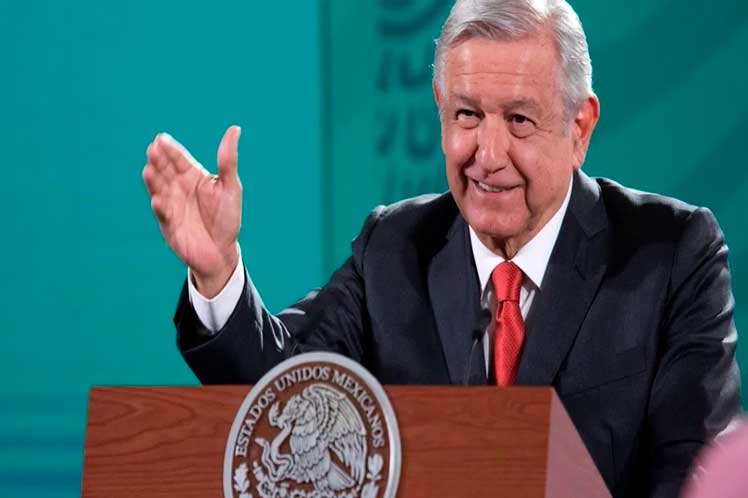 Obrador explained that the informative program or new section in his morning address is intended to publicize the lies that are disseminated in conventional media and social networks and, in that way, people have truthful information and real items.

‘We need to have a citizenry that is increasingly better informed, very conscious and not susceptible to misinformation, does not allow themselves to be penetrated and react so that the truth always prevails’, he said.

In Obrador’s words, ‘It is essential that there is no mercenarism in journalism, but ethics and morals, professionalism, and responsibility be assumed in terms of respect for the people and that one cannot lie with impunity.’

He added that the exercise being inaugurated today is very important to cleanse the country of lies, which predominated in neoliberal politics.

The media became a constant and there was no right to reply, but there is now, as well as the right to information, there is no censorship and a lot of full freedom, which is very good for consolidating democracy.

‘Who is Who’ will be directed by young journalist Ana Elizabeth Garcia Vilchis, who inaugurated the section with false, misrepresented and malicious information covered by slides, in which Mexican newspapers such as El Universal, El Financiero, and La Reforma come out very badly; and El País, from Spain, which do not hide their position against the Government.