Bridges of Love Project gathers followers despite US media silence 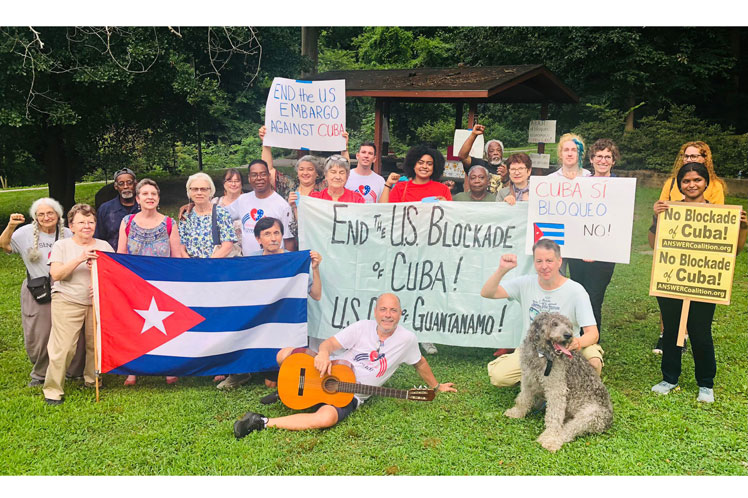 Bridges of Love Project gathers followers despite US media silence

Lazo, coordinator of the initiative, criticized the silence of networks such as CNN, which can devote space to unimportant events; however, it dismisses the group of ‘Cuban Americans who are walking 2,000 kilometers to request President Joe Biden to comply with his electoral promises’ regarding his policy towards Cuba.

In statements to Prensa Latina, Lazo said that the pilgrimage, which started in Miami, Florida, on June 27, has a lot of repercussion in social networks and other alternative media.

However, contrary to the interest shown by a community radio station that will broadcast an interview on the initiative on Friday, the mainstream press does not report anything, he explained.

The fact does not discourage them, as he acknowledged that more and more people here are in favor of the elimination of the economic, financial and commercial blockade that has been trying to surrender the Cuban people for over six decades.

On Wednesday, the board of directors of a federation of southern domestic cooperatives joined the petition (available at www.puentesdeamor.com) which already has over 25,500 signatures in support of the demand for ending the sanctions against the Cuban family.

Lazo also stated that they visited the James Carter residence in Georgia, where they tried to leave a letter ‘in which we thank the former president for his efforts to improve relations between the United States and Cuba.’

They also visited the Martin Luther King Center in Atlanta, including his tomb, as he was a role model of the fight for civil rights and was assassinated in April 1968.

The group, which is gaining members along the way, hopes to conclude the pilgrimage before July 25, the day on which, they will amplify their demand to Biden in front of the White House.