US blockade, basic cause of Cuban situation says López Obrador 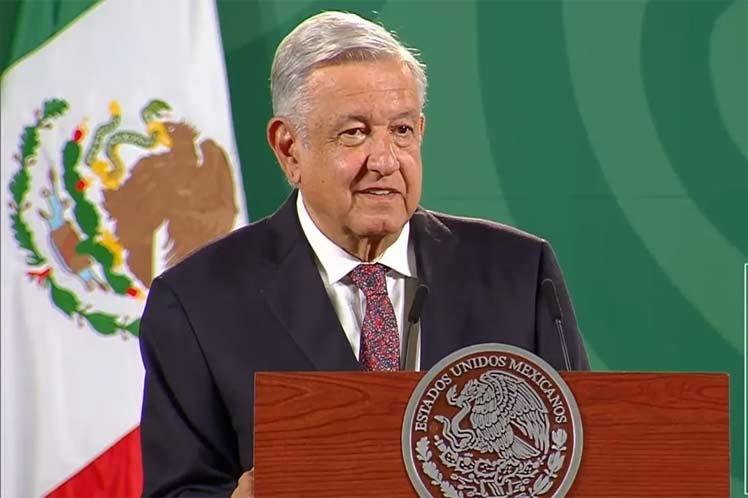 US blockade, basic cause of Cuban situation says López Obrador

In his morning conference at the National Palace, the president questioned the policy of economic siege for the second time in 24 hours and reiterated that these things should not exist.

It is very interesting, he pointed out, that in the UN when this issue is discussed, the vast majority of the countries represented vote against the blockade, and very few (the United States and Israel) do so in favor, but they are countries that carry a lot of weight and they make the majority’s will not to proceed. It shouldn’t be like that and they should reflect because no one can be isolated, he said.

No one should be surrounded, they must be fully free, one should not act in this way because it violates human rights and is contrary to universal brotherhood. It is my position, that there should be no interference, that the principles of non-intervention, self-determination or peaceful conflict resolution are respected.

He reiterated that Mexico has very good relations with Cuba and all governments and peoples of the world, ‘and so is ours in foreign policy, attached to the Constitution, which comes from the time of President (Benito) Juárez and his phrase that the Respect for the rights of others is peace ‘.

He reiterated his proposal to help Cuba if its government demands it and if they have difficulties derived from the economic, commercial and financial blockade, especially when it concerns food and health, for which everyone is obliged to help the Cuban people.

He again denounced the information group Article 19 financed directly by the United States embassy in Mexico, how it stimulated and manipulated the events in Cuba last Sunday and the photo of Egypt that circulated in the media and social networks attributed to the Havana seawalk, along with messages calling for the uprising.

They are media campaigns that resize the events in Havana with unusual diffusion, but they do not do it in the same way with the unfortunate assassination of the president of Haiti, and everything that comes out of this matter, nor what happened in Chile, what happens in Peru, or Colombia, Obrador questioned the media.

To another question about aid to Cuba, Foreign Minister Marcelo Ebrard replied that in its capacity as president pro tempore of the Community of Latin American and Caribbean States (Celac), Mexico is in communication with member countries to analyze sending humanitarian aid to Cuba and to analyze the case of Haiti.

He revealed that he is also in contact with the Ministry of Foreign Affairs of Cuba in this regard and making calls to the community not only because of his responsibility at the head of Celac but also because of Mexico’s human and solidarity vocation.