Support In New York for initiative Bridges of Love USA-Cuba 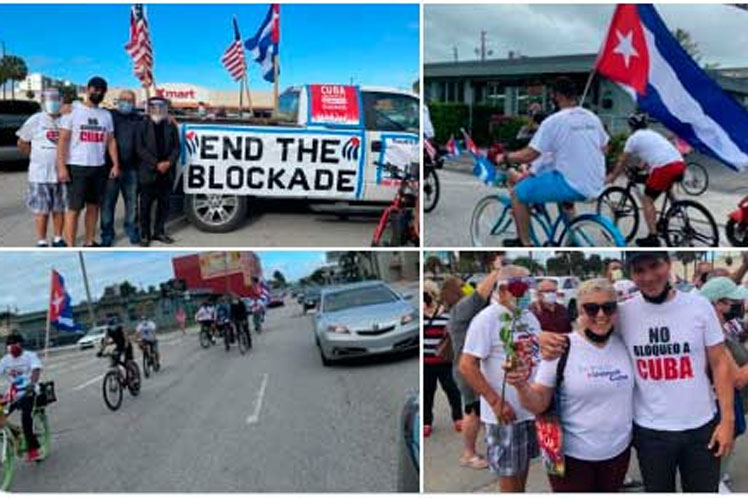 Support In New York for initiative Bridges of Love USA-Cuba

Through a statement, the group greeted the main promoter of this solidarity initiative Carlos Lazo and his colleagues who started from Miami, on June 27, a march to the North American capital to demand the end of unilateral measures against the island .

He also urged all concerned to join Bridges of Love on July 25 in front of the White House to protest the cruel and criminal anti-Cuban policies promoted by former President Donald Trump, which continue under Joe Biden’s administration.

Likewise, the group stressed that this will also be a way of rejecting the new wave of aggressive sectors of the US right that now launch threats of intervention to the Caribbean island.

We are organizing the departure of cars and trucks from New York and New Jersey to Washington DC, as other groups do in Seattle, San Francisco, Milwaukee and Dallas, among others, indicated the Cuba Sí Coalition.

We want to be in Washington to receive the delegation and support their project of building bridges of love between Cuba and the United States, the statement underlines.

Lazo, a Cuban-American school teacher and veteran of the Iraq war, has been on a pilgrimage to the US capital to present to Biden a petition signed by more than 25,000 people calling for the end of the US blockade, the text explains.

In the same way, he adds, Puentes de Amor demands the end of all US sanctions against Cuba, the restoration of remittances, and the resumption of flights from the United States to all the island’s provinces, not just to the capital.

The reopening of the United States Embassy in Havana and the restart of the family reunification program are also among the demands.

Recently, Puentes de Amor expressed sadness and concern over Biden’s recent announcement that he will maintain the ban on family remittances: this is a betrayal of voters who trusted his presidential campaign promises about a policy change towards Cuba, Lazo said. .

For the Cuban-American activist, it is embarrassing that Biden gave in to the same people who attacked him in Miami during his campaign.