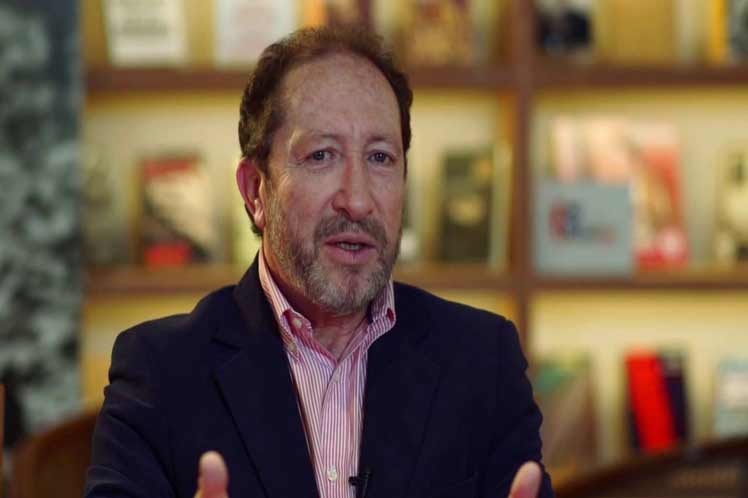 According to the academic, the essence of the problems and obstacles that Cuba has faced is in the US blockade, which was tightened during the previous administration, led by President Donald Trump.

‘Cuba is a country subjected to abnormal conditions that have never been seen before, which is carrying out a revolutionary process amid the constant threat of being invaded,’ the expert told Prensa Latina.

In that regard, he rejected the notion that is intended to be positioned on social networks about the lack of freedoms as the problem in Cuba.

‘That is not true. The essence is in the blockade,’ he insisted.

Paz recalled the origins of the Cuban Revolution, which claimed the independence struggle against Spanish colonialism, supported by Ecuadorian hero Eloy Alfaro.

Along the same lines, he warned that the coercive measures taken by several US governments against Cuba have been rejected on 29 occasions by the overwhelming majority of United Nations member countries, which understand the significance of and the damage caused by the blockade, and call for its immediate elimination.

According to Paz, without that unilateral policy, the path would be clearer and the potential and virtuosity of Cubans could surely be deployed.

The historian affirmed that within the framework of the fight against the Covid-19 pandemic, the development of vaccines by Cuba to combat the disease is a historic milestone over the blockade.