Castillo sworn in as president of Peru, for a new constitution 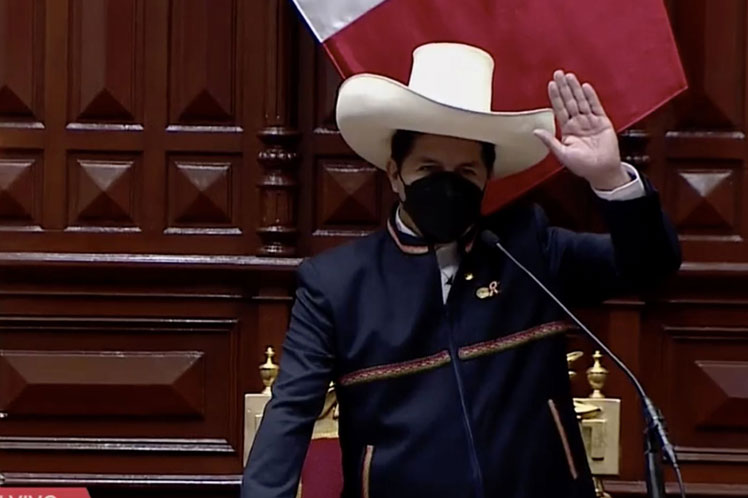 Castillo sworn in as president of Peru, for a new constitution

The first left-wing ruler elected in Peru’s 200 years of independent life listened to the formula of the official oath, declared by president of the Congress of the Republic, María del Carmen Alva.

Immediately, he added an oath ‘By God, by my family, by my Peruvian sisters and brothers, peasants, native peoples, ronderos, fishermen, teachers, professionals, children, youth and women’.

He also swore ‘for the peoples of Peru, for a country without corruption and for a new constitution’, a synthesis of the proposals of his electoral campaign that culminated in his victory, against all odds, in the first round of April 11, and his strenuous victory, despite a campaign against, in the June 6 ballot.

Castillo arrived on foot from the nearby headquarters of the Ministry of Foreign Affairs, accompanied by the presidents who had arrived for his inauguration and other invited personalities, acclaimed all the way by the public.

When he entered the chamber, legislator Isabel Cortez, dressed in the uniform of street sweepers, of which she is a union leader, left her seat and hugged him, breaking protocol, and then the president continued amid applause.