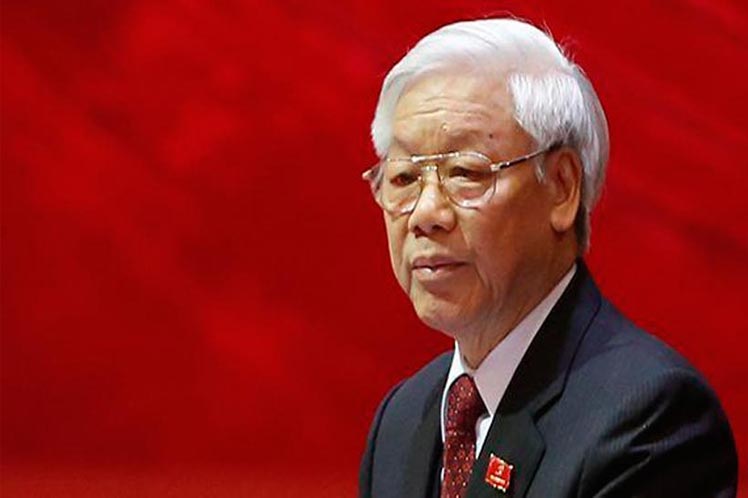 In a telephone conversation with the first secretary of the Central Committee of the Communist Party of Cuba (PCC) and president of that country, Miguel Díaz-Canel, the top leader affirmed that Vietnam accompanies Cuba in its process of updating its economic and socialist development.

He assured that the Asian nation will continue to support the Caribbean island in guaranteeing food security through the stable supply of rice and programs for cultivating cereals, corn, coffee and aquatic species, among other items, the VNA agency highlighted.

Phu Trong congratulated Cuba on the 68th anniversary of the attack on the Moncada Barracks (July 26) and the centenary of the birth of the heroine of that feat, Melba Hernández, (July 28), a great friend from Vietnam, he recalled.

He also shared the difficulties that country faces due to the impacts caused by the US blockade and the Covid-19 pandemic on aspects of the life of a sister nation.

On his part, Díaz-Canel thanked the people of Vietnam in general, and those of Hanoi, in particular, for the donation of 12 thousand tons of rice.

The president of Cuba emphasized that the aid is a live manifestation of the invariable solidarity of the Indochinese country and constitutes a source of encouragement for the Cuban revolution and the Cuban people.

After reporting on the internal situation and the destabilizing acts of the hostile forces, the Cuban president ratified the firmness of the communists and the people of the island in defending the achievements of the revolution launched by Fidel Castro.

The head of state reiterated the desire to deepen relations between both parties, states and peoples, and stressed that Havana is willing and prioritizes cooperation with Hanoi in the fight against the pandemic, the Vietnamese agency said.

Such cooperation would include the supply and transfer of Covid-19 vaccine production to Vietnam, he claimed.

In the conversation, both leaders also underscored the meaning of cooperation on vaccines against Covid-19, which will help Vietnam meet the dual objectives of fighting the pandemic and boosting socio-economic development.