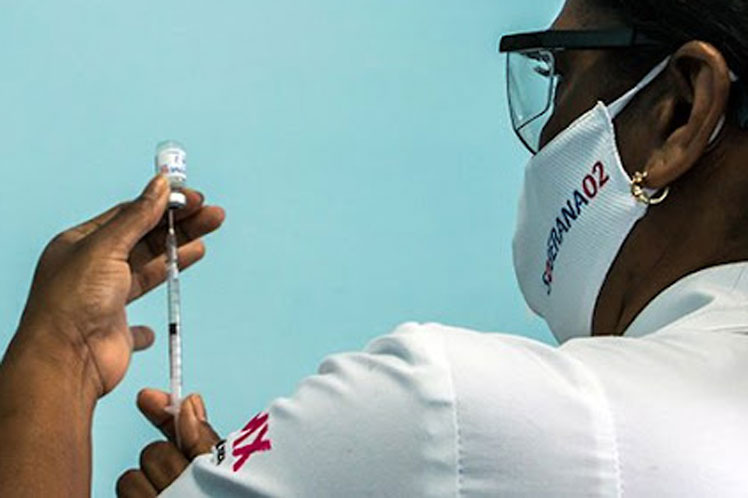 ‘It is happening according to the schedule in the municipalities of Palmira and Cruces,’ Eduardo Martinez, president of the group of biotechnology and pharmaceutical companies Biocubafarma, wrote on his Twitter account.

The study is led by the Finlay Vaccines Institute (FVI) and involves 1,166 volunteers of both sexes – in groups of 583 subjects aged 19-80 – who live in the above-mentioned municipalities.

The FVI recently declared that it is a randomized, double-blind, parallel-group, non-inferiority, adaptive and multicenter trial to evaluate the immunogenicity of the prophylactic vaccine candidate FINLAY-FR-1 (Soberana 01) against the SARS-CoV-2 coronavirus, compared to FINLAY-FR-2 (Soberana 02), both in a heterologous scheme with FINLAY-FR-1A (Soberana Plus).

For its part, the Center for State Control of Medicines, Equipment and Medical Devices (CEDMED) assured that the authorization of this study is supported by the safety and immunogenicity results that the product showed as part of the approved phase I of clinical trials, previously, so it was considered that the candidate could advance in his clinical development.

In the same way, Martinez tweeted on Saturday morning that the clinical trials in the pediatric population, known as Soberana Pediatrics in Havana and Ismaelilllo in Camagüey, continue positively, and the second dose of the two vaccination schedules is being administered satisfactorily.