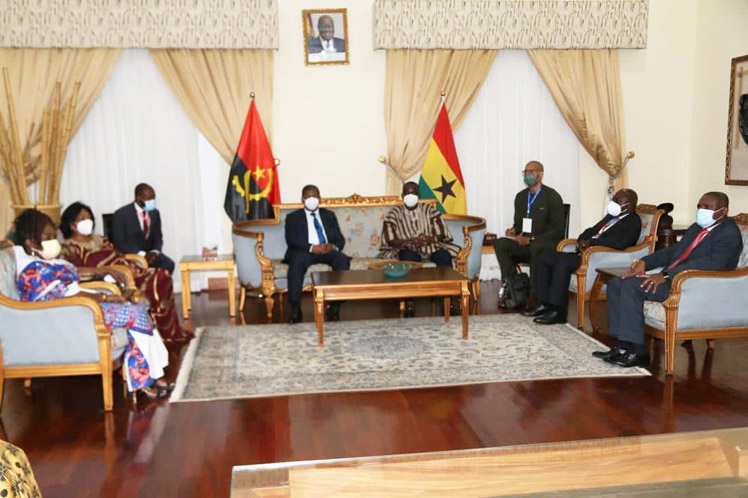 In statements to reporters, Presidents João Lourenço and Nana Akufo-Addo confirmed their common stance at the end of official talks on Monday in Accra, Ghana, the Angolan press agency (ANGOP) reported.

The creation of AfCFTA took into account the need for African states to look inward, in search of internal solutions to achieve their development goals, Lourenço underscored.

In both presidents’ opinion, the initiative’s implementation will be a long but feasible process, ‘if all countries are committed.’

The deal to establish the AfCFTA shows that ‘we really want to change the current situation in our continent,’ Lourenço noted, and advocated promoting communication routes, such as roads, highways, railroads, maritime and air connections.

Africa has the largest reserves of mineral resources in the world, but its nations are just only potentially rich, since most of the wealth comes from its territory, the politician referred.

According to Ghana’s president, the strengthening of collaboration with Angola responds to the vision of continental unity with a view to the effective development of trade and the economy in general.

At the bilateral level, he pointed out, there are several areas of common interest that can help increase ties, including the areas of mineral resources, agriculture and education.

Exports from Vietnam to the EU increased more than 10 percent

Angola participates in panel on clean energy in Africa

Exports from Vietnam to the EU increased more than 10 percent

Angola participates in panel on clean energy in Africa