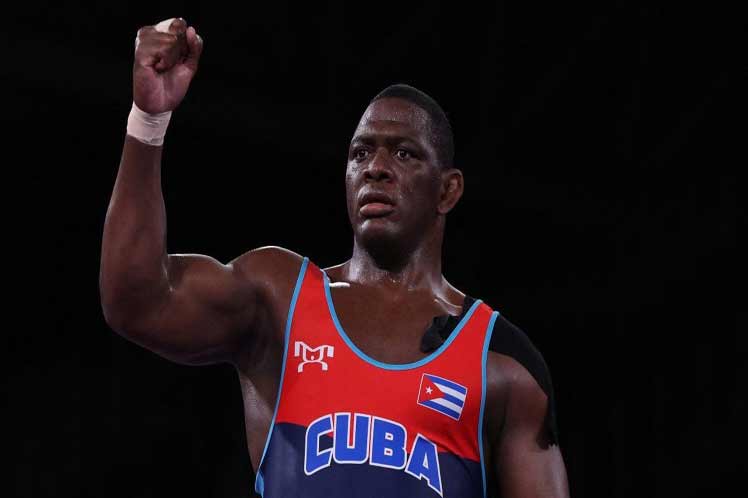 Pinar del Rio, Cuba, Aug 2 (Prensa Latina) Happiness and joy have spread on Monday throughout the town of Herradura, in western Pinar del Rio province, the birthplace of Greco-Roman wrestler Mijain Lopez, the only male athlete to hold a gold medal in that individual sport for four Olympic games.
Share on facebook
Share on twitter
Share on whatsapp
Share on telegram
Share on email

We were sure of his victory because we know how our son trained, because we trust him, his devotion, his perseverance, Bartolo Lopez, Mijain’s father, said.

Messages from everywhere have reached the athlete’s home, where Leonor Nuñez, his mother, evokes Mijain’s first steps in sport. Twenty-one years have already passed, now I will recover the time I have spent without hugging him, without carrying him and I will do it because for mothers, children are always small, she said.

I do feel and a lot of happiness. I am also happy to have been a good breeder bringing to this world not only Mijain but also Misael and Michel, sportsmen in other disciplines, she added.

A dawn full of surprises, but of certainty, which made lots of Cubans stay awake, accompanied Mijain Lopez’s victory in Tokyo 2020.

Nerves choked our throats at times, but we were sure of the victory, said other residents in La Herradura community, where the gladiator took his first steps.

We are a big family, others added from meters away due to protection measures due to Covid-19, and some ignoring credentials but certainly gathering the feelings of many joyful local residents, for the triumph of the Giant of Herradura, as the heavy-weight Greco-Roman westler is known. The small town of Pinar del Rio can hardly be found on maps. However, hearts can be felt vibrating from treasuring the pride of being fellow countrymen of a four-time Olympic champion.