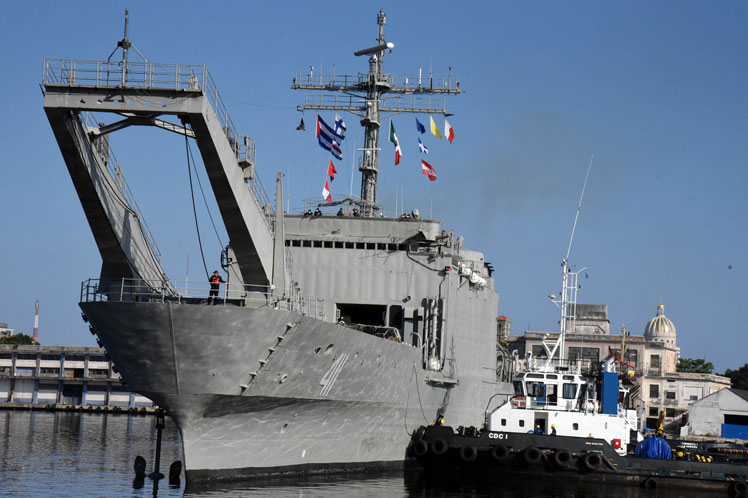 The newspaper indicates that it is a way to condemn the United States economic, commercial and financial blockade against Cuba and a response to that inhumane policy.

It recalled that in the past week Cuban authorities received a donation of 30 lung ventilators, as part of a first shipment of medical supplies from the Chinese government.

A Mexican Navy ship arrived in the port of Havana recently to deliver a cargo of 612.5 tons of logistics supplies.

In addition, the Bolivian government sent a shipment of 2.5 tons of syringes, 16.5 tons of food and 1.5 tons of biosecurity materials.

The newspaper emphasized that this is happening as the US government is reinforcing the economic sanctions and blockade against the island for more than 60 years.

Meanwhile, it added, new protocols in the diagnosis of the virus and the management of cases have been put into effect in Cuba, including home admission due to the lack of capacities in hospitals and isolation centers.

La Jornada highlighted that Minister of Commerce and Foreign Investment Rodrigo Malmierca thanked the peoples and governments that are exporting brotherhood to Cuba, instead of war or violence.

‘The blockade to which we are subjected by the United States puts us in a very difficult economic situation,’ Malmierca noted.

She explained that food packages will be gradually distributed to some 3.8 million households and all Cubans will be benefited, although distribution will arrive in stages, provinces with a complex epidemiological situation are being prioritized.