Appointment of military chiefs clears up speculations in Peru 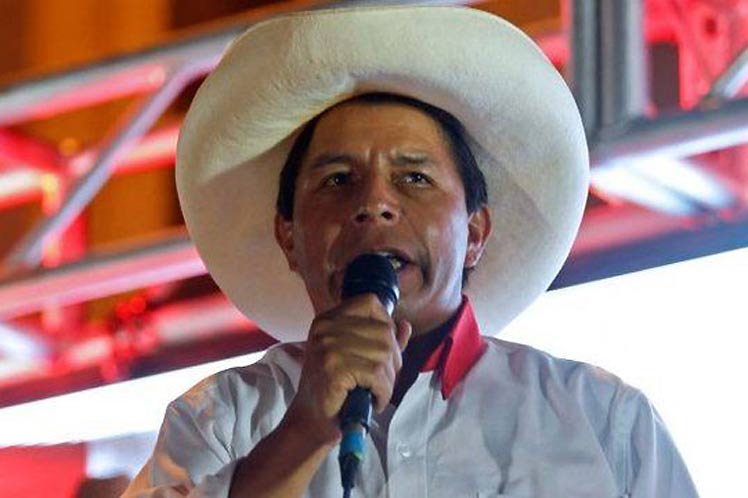 Appointment of military chiefs clears up speculations in Peru

Presidential decrees published by the official newspaper El Peruano appointed General Manuel Gómez de la Torre as head of the Joint Command of the Armed Forces, and the heads of the Army, Navy and Air Force.

In the Army, Major General José Vizcarra was appointed chief; in the Navy, Vice Admiral Alberto Alcalá, and in the Air Force, Lieutenant General Jorge Chaparro.

Vizcarra and Chaparro were until today chiefs of staff of their armed institutes and Alcalá inspector general of his, which shows that Castillo appointed them according to the hierarchical scale of those in uniform.

The decrees were also signed by Defense Minister Walter Ayala, who yesterday met with President Castillo, after which General Gómez de la Torre was summoned by the president.

The appointments were preceded by speculations since the previous head of the Joint Command, General César Astudillo, resigned after the proclamation of President Castillo and before he assumed office.

The far-right congressman Jorge Montoya said this week that the Armed Forces were offended and upset by the appointment of Ayala as head of Defense, because he was a separate ex-agent from the Police without knowledge of the matter and lacking qualifications.

Ayala clarified that his separation occurred more than 20 years ago due to an unfair disciplinary measure and said that later he became a lawyer and has a master’s degree in state management, experience in public administration and a diploma from the Center for Higher National Studies (CAEN) of the Forces Armed.

Despite this, the right-wing parties and related media are demanding his removal from office, as well as four other ministers and even the prime minister, Guido Bellido.