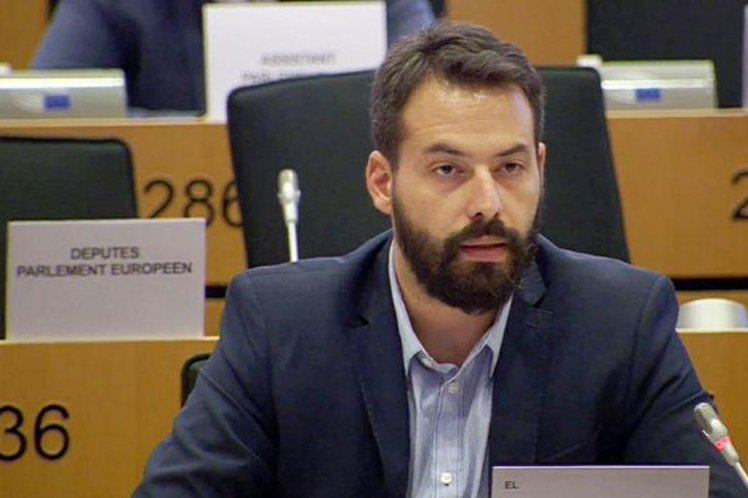 Havana, Aug 4 (Prensa Latina) The Greek Politician currently serving as a Member of the European Parliament (EP) for the Communist party of Greece (KKE) Lefteris Nikolaou-Alavanos on Tuesday said Greek people maintain their solidarity with Cuba despite his country´s inadmissible steps on Cuba.

In an interview published on Cuban parliament´s official website, Nikolaou-Alavanos condemned that the Greek administration ‘ran’ at the call from the United States and signed the ‘provoking’ joint declaration by EP Foreign Ministers.

Nikolaou-Alavanos branded such an action as a direct interference in Cuba´s internal affairs, in spite of deeply involving Greece in threatening scenarios and plans, as well as taking a stance that does not match most of Greek people´s opinion.

‘Greek people have historically expressed their solidarity and support for the Cuban people, and firmly condemn the imperialist plans,’ Nikolaou-Alavanos stated.

Regarding destabilizing attempts on Cuba and media campaign against the Cuban Revolution, Nikolaou-Alavanos said that these actions are an ‘organized provocation’ and prove imperialists´ hypocrisy, who deny the negative impact of the inhuman economic, commercial and financial US blockade.

He said that the KKE ‘unequivocally condemns the provocative actions’ that seek to overthrow the conquests of the Cuban people and its Revolution, in addition to rejecting any scenario of imperialist intervention in the Caribbean nation, under the pretext of so-called ‘human rights.’

Likewise, Nikolaou-Alavanos considered unacceptable latest statements by EU and EP officials, who speak of alleged violations committed by the Cuban Government, ‘arbitrary arrests, torture and disappearances’, things that have nothing to do with reality.